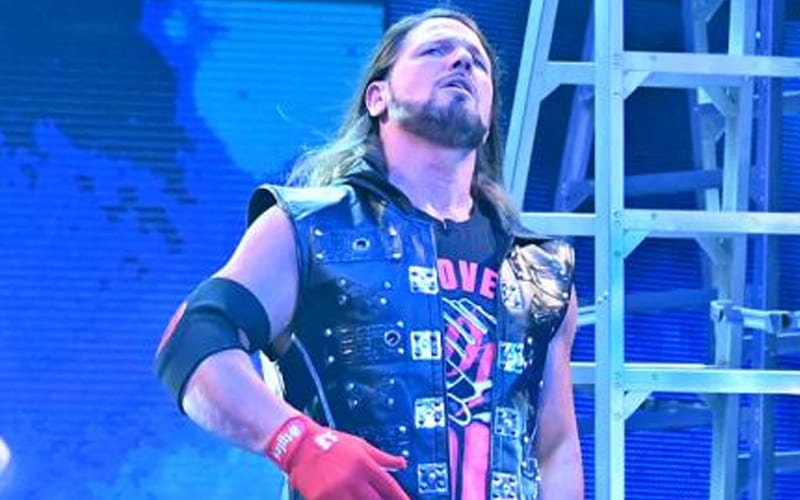 AJ Styles has been touted as one of the best pro wrestlers by both fans and wrestlers alike. Styles continues to work at a high level despite growing older. However, there comes a point where one’s body simply cannot move the same way it used to.

AJ Styles became well-known in the pro wrestling world after his many ventures in TNA, ROH and NJPW. Styles then signed with WWE back in 2016 and is now one of the most recognizable wrestlers in the whole world.

Styles is currently 43 years old and is one of the oldest active competitors in the WWE roster. While speaking to Bleacher Report’s Graham Matthews, Styles talked about ending his in-ring career. Ultimately, Styles decided to pay more attention to what his body says.

“It’s really whenever it feels right. Some days, I feel like I can go five, six more years; and then some years I’m like, ‘Oh, man, I can be done this year.’ As you get older, it’s just changing. You have to listen to your body and figure out what it can do next.

“With my style, it’s a bit different, so I like to push it still to this day. I’m going to go as long as I can, as long as I can stay healthy and see what happens and where it takes us.”

Whenever Styles retires, it is a surety that he will be inducted in the WWE Hall Of Fame due to all his contributions to the pro wrestling world.