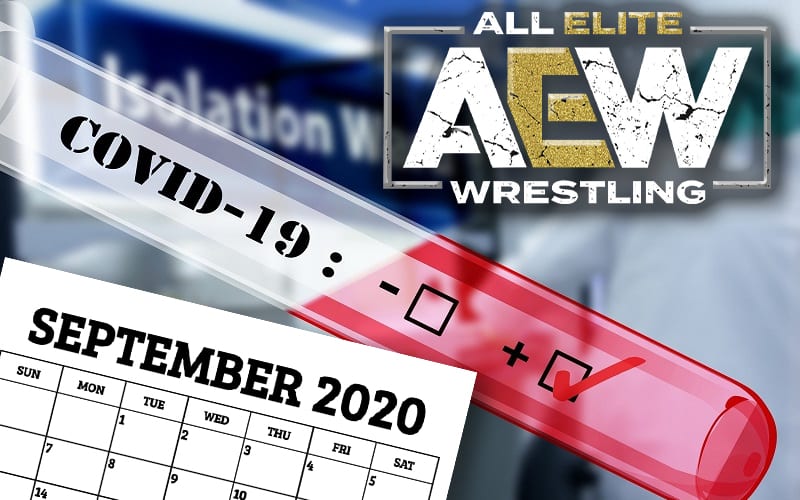 AEW has experienced a few cases of COVID-19 despite their strict bubble and testing system. Other companies have been hit worse, but AEW was not immune to the virus changing plans around.

Nick Jackson had COVID-19, something he disclosed months later. They worked around his absence by having someone else pose as Nick’s leg for a Superkick off-screen, or he was referenced as being just out of the camera’s view.

During Wrestling Observer Radio, Dave Meltzer explained how Chris Jericho was able to appear in all of the Dynamite episodes in September while he was positive for COVID-19. He then said that Nick Jackson’s illness was a lot worse, as Jericho did not experience any symptoms.

“Nick Jackson got it real bad. So, you know at the exact same time [as Jericho]. Nick Jackson was out for a little bit longer. He missed that next TV taping, but he was back at the following TV tapings.”

“[Lance Archer] would have been out about the same timeframe as Nick Jackson, I think they were pretty much identical timeframes. So, and he got it from — I’m trying to remember the exact story — it was from a family member who may have gotten it from a friend when they took the dog to a vet… it was all around the same time though, it’s interesting.”

Nick Jackson traveled with Matt Jackson and Brandon Cutler, but neither of them tested positive.

It was noted that “Nick Jackson doesn’t know how he got it.” He could have got it from the airport, or anywhere else. The fact is that there were a few high profile COVID-19 cases in AEW, and the timeframe appears to be very close to each other in retrospect.