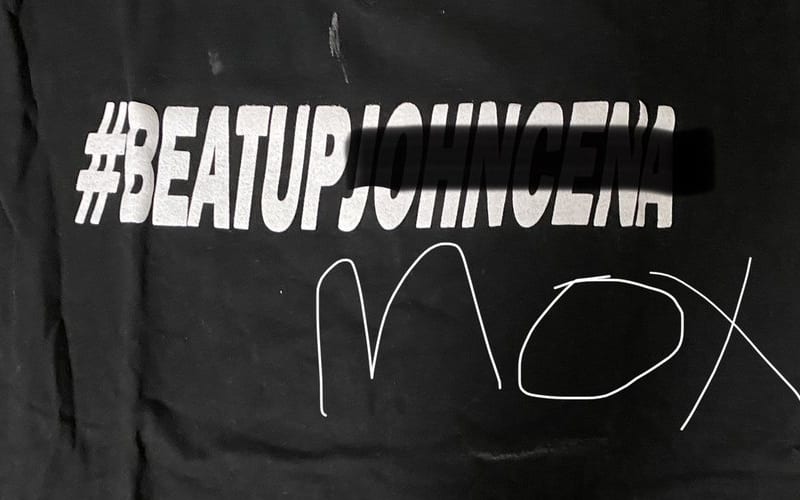 Tony Khan extended an open invitation for Impact Wrestling to send the Good Brothers to AEW Dynamite. They might just take him up on that offer.

Karl Anderson tweeted out a photo of a t-shirt that said: “#BeatUpMox.” Mox was covering up a #BeatUpJohnCena design.

WWE rejected a t-shirt idea for “Beat Up John Cena” back with the OC was beating him up on a weekly basis. The company didn’t like the idea of marketing that concept since Cena was their top babyface.

It looks like Karl Anderson was able to figure out a way to re-purpose that t-shirt idea. It also might be a sign that Jon Moxley will have a target on him this week during New Year’s Bash night two.

Renee Paquette did not appreciate seeing this tweet on her timeline.