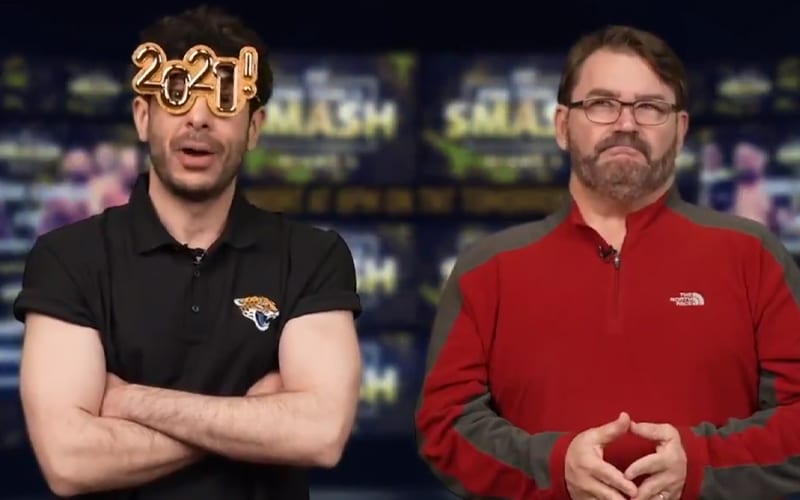 Impact Wrestling aired another AEW commercial this week. Tony Khan played the same heel character as he has in the past. He also still had those 2021 glasses on from last week. This week AEW is bringing the second night of New Year’s Smash, and Tony Khan is very excited about what’s to come.

Tony Khan was quick to congratulate Impact Wrestling for everything great that happened for them in 2020. All of those things were directly thanks to Tony Khan and AEW.

These commercials are airing as part of Impact Wrestling, and not as part of commercial time. They play these AEW commercials during the company’s Twitch broadcast, and regular commercial breaks are not shown on Twitch. Instead, they typically go to Melissa Santos who hosts the breaks via webcam.

He also offered an open invitation for Impact Wrestling to send the Good Brothers or anyone else they like to AEW New Year’s Smash night two this week.

You can check out the new AEW commercial on Impact Wrestling below. We have also included an up to date card for New Year’s Smash night two.