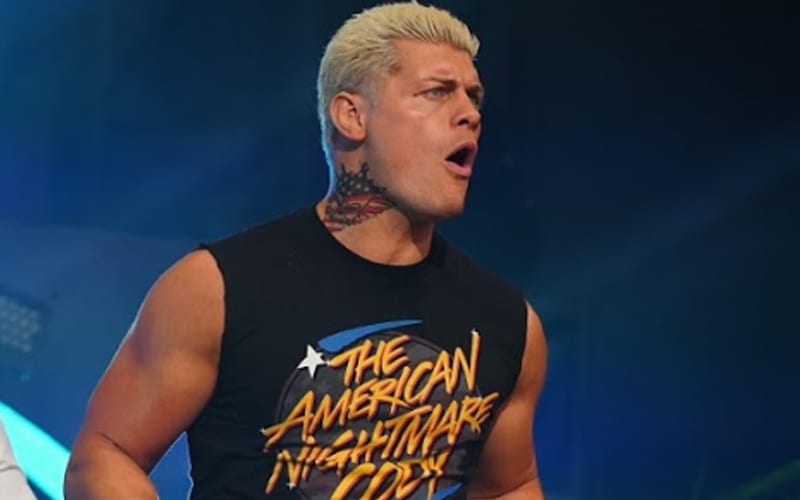 AEW is presenting the Dynamite debut of Britt Baker’s Waiting Room, a segment that has received praise on AEW Dark. Cody Rhodes will see the doctor first, and he is excited about the opportunity.

The American Nightmare tweeted out that it’s “pretty badass” that he gets to be Britt Baker’s first guest on Dynamite. He also apparently has some shocking things to say tonight.

Pretty badass that I get to be the guest for the Dynamite Debut of this show. Britt/Reba have done a killer job with this on AEW Dark.

People might be shocked at what I plan to say. Let’s do it!

AEW is just getting started into 2021, and Cody Rhodes might want to drop a bomb on the microphone during Britt Baker’s Waiting Room. We will have to see what Cody Rhodes has to say, but we will have complete coverage right here at Ringside News.