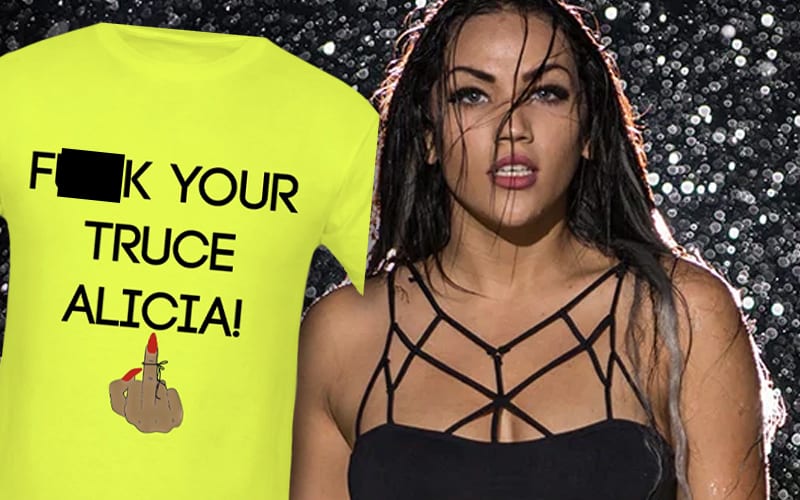 MLW Executive Producer Salina de la Renta and interviewer Alicia Atout have some serious issues. This was brought to light when de la Renta shared DMs where Atout called her a “psychotic bitch.” That did not go over well at all.

Alicia Atout tried to call for a truce, but Salina de la Renta wasn’t having it. The two traded several tweets including one where Atout was accused of having COVID-19.

This new t-shirt is now available for pre-order. Salina de le Renta posted on Twitter for those fans who didn’t believe that she would actually make a shirt about this beef.

Join me in the F*CK YOUR TRUCE ALICIA movement @AliciaAtout

As promised ! This shirt is now available for pre order on my website

It seems that the beef between Salina de la Renta and Alicia Atout will continue. de la Renta is also capitalizing on it with some new merchandise while she’s at it.