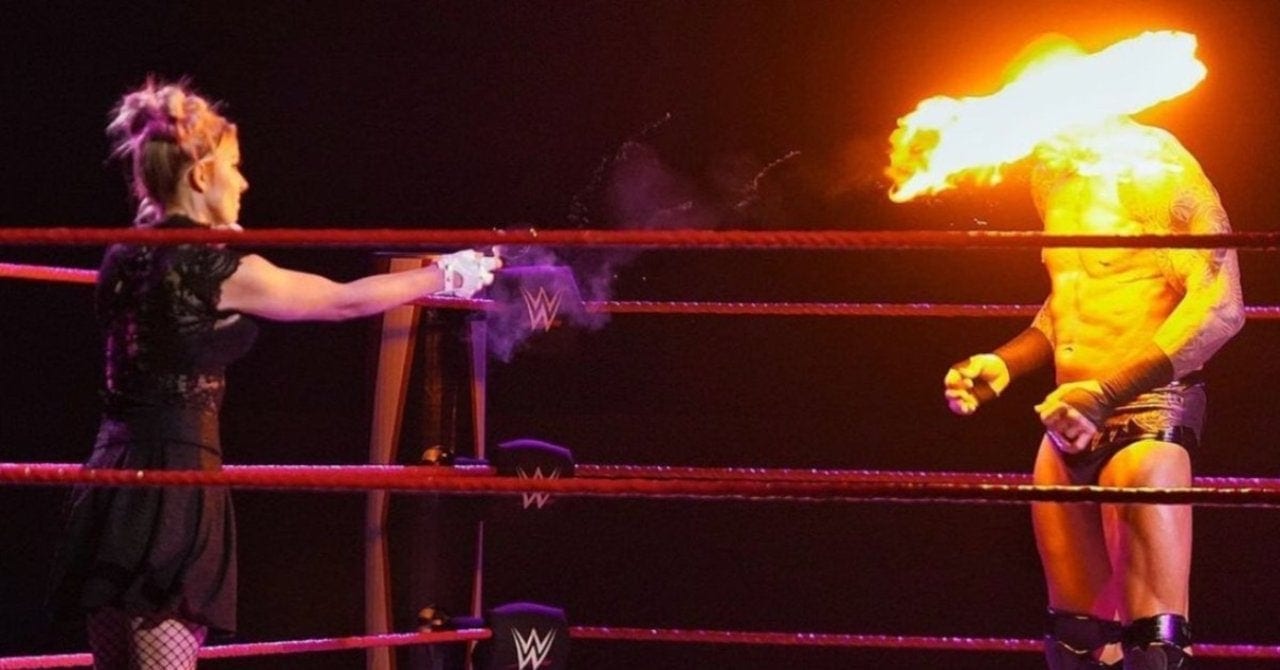 As seen on this week’s episode of Monday Night RAW, Randy Orton came out to the ring and had a confrontation with Triple H. He challenged The Game to a match, which Triple H accepted.

The match was the main event of the show and it was an all-out war. Triple H busted open Randy Orton during the match. However, the match ultimately did not see a winner as Alexa Bliss made a sudden appearance during the match.

Bliss threw a fireball at Randy Orton, which effectively blinded him. The show ended with Orton screaming in pain.

Now it seems Alexa Bliss has reacted to her shocking attack on Orton. Bliss took to Instagram and uploaded a post. She kept it short and concise by simply saying the following:

It seems the storyline between Randy Orton and Alexa Bliss is far from over. We will have to see what is next in store for the two. Perhaps fans will get to see the return of Bray Wyatt soon enough.