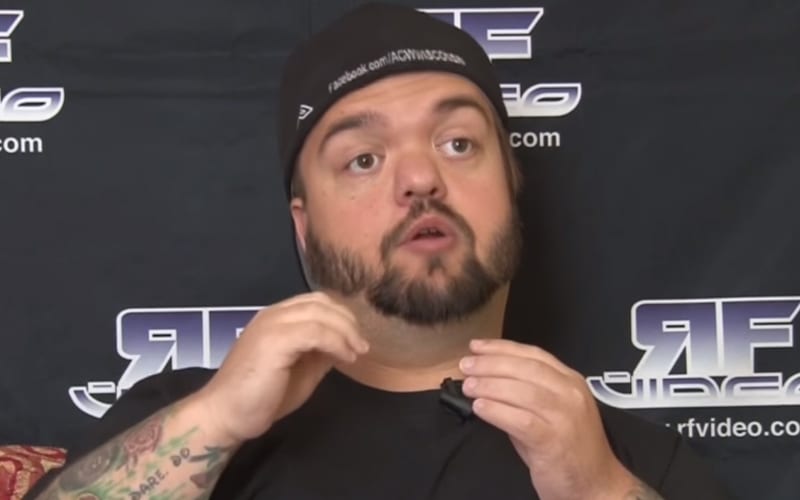 WWE has a lot of ideas floating around backstage, but not all of them see the light of day. Swoggle almost made a return to WWE television alongside the Street Profits, but that didn’t happen.

While speaking to Comic Book, Swoggle revealed that WWE planned on using him during a segment when the Street Profits and the Viking Raiders were in the midst of their storyline. WWE actually flew Swoggle in for the segment, but it never aired.

“‘No one knows this because it never aired, but I was flown to the Performance Center to film a segment on Backlash during the Street Profit and Viking Raiders match that just never made it to air.”

“It’s just we just never got to film it because we ran out of time and the weather was not in our favor. It just started sideways raining out, so we didn’t get to shoot any of that segment.’

Swoggle was able to make a cameo on AEW Dynamite while he played the baby in a Hangover parody as the Inner Circle went to Las Vegas. They never followed up with that surprise appearance, but perhaps that is a possibility now that AEW and Impact Wrestling are working together.