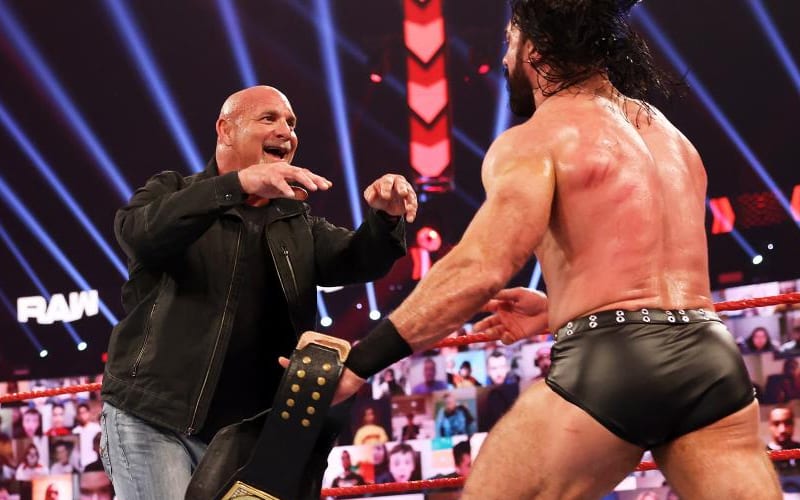 WWE RAW will be a big night for Drew McIntyre this week. It appears that he will be the focal point as WWE Champion, but they also have three hours to fill.

Drew McIntyre was surprised by Goldberg at Legends Night. McIntyre didn’t get to cut his entire promo as planned, but Goldberg still came out to start their feud. McIntyre will answer Goldberg’s challenge this week.

Also, Drew McIntyre will go one-on-one against Randy Orton with the WWE Title on the line. The promo for this week’s show asked if McIntyre will remain indomitable. We’re not sure where Alexa Bliss and Bray Wyatt fit into Orton’s angle this week, but you never know what can happen in WWE.

There are lot of other stories going on right now including Matt Riddle’s pursuit of Bobby Lashley’s United States Title. The Hurt Business is not playing nice right now.

Retribution is also around, and we will have to see if WWE can find time for them again this week, or if they will be relegated to Main Event.

We will have complete coverage of WWE RAW this week right here on Ringside News.