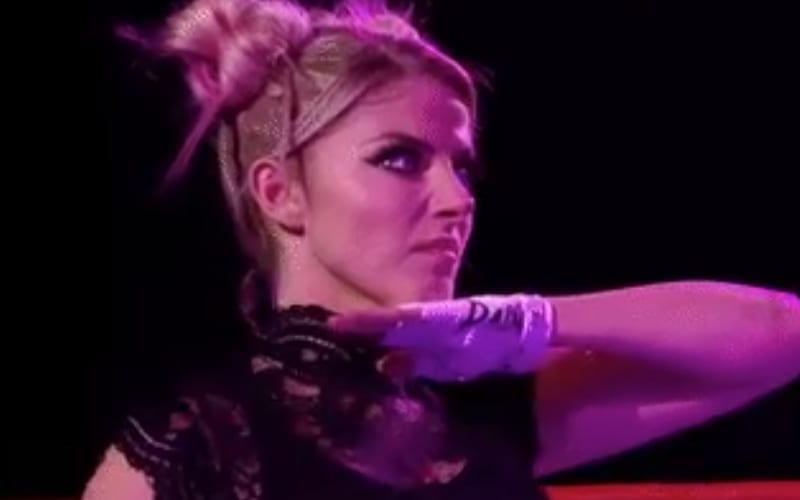 WWE needed to come up with a big show to counter the College Football Championship game. Triple H kicked off Raw, but he wasn’t alone for long.

Triple H commented on the chants he received in the ThunderDome, and he welcomed fans to RAW, and then Randy Orton promptly came out.

Randy Orton wanted to know if he was going to enter the Royal Rumble last, or if Triple H was going to just hand him the WWE Title. Triple H didn’t do as Orton wanted, but he did tell Orton that he was proud of him for setting The Fiend on fire; because he would have done the same thing.

Triple H brought up how Orton humiliated legends. He understands why Orton set The Fiend on fire, but it served him no purpose to pick on Ric Flair. Then Triple H said that Orton is not a legend, he’s a “no good prick.”

Randy Orton asked Triple H if The Game was still in there. He didn’t want a match, but he wanted an old fashioned fight instead.

Triple H said “no” because there was no benefit to him. Then Orton took a shot at Triple H for having no balls. He said that Stephanie McMahon keeps them in her purse. That caused Triple H to strike Orton, and The Viper left with a smile on his face.

Later on, Triple H was asked about facing Randy Orton for a challenge in the ring during the main event segment. Triple H said since Randy Orton can’t get in his head that legends should be respected, then he will fight him. He accepted the challenge right before the first commercial break in the second hour of the show.

When the main event finally came, they only had ten minutes left. Triple H made his entrance, and he was in a much different mood the second time around. After Triple H and Randy Orton had their entrances, they were left with about six minutes for their fight.

During their brawl around the ring, Randy Orton was busted open and his blood got all over Triple H’s head. Then The Game got a sledgehammer out from under the ring. Suddenly, the ThunderDome started to behave like The Fiend was near.

Triple H lifted up his sledgehammer and it was on fire. He was startled by this, and then the lights flashed once again and Triple H was gone. They played some distorted Firefly Fun House music and then Alexa Bliss appeared. Suddenly, Bliss threw a fireball at Randy Orton and blinded him.

The night ended with Randy Orton holding his eyes and suffering from those sudden burns.