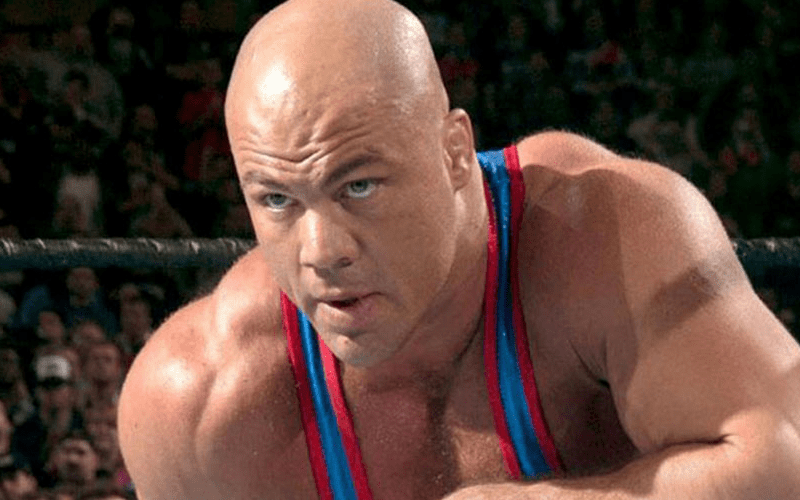 Kurt Angle was arguably on the best run of his WWE career in 2005-2006. He was simply known as the ‘wrestling machine’ and had tremendous matches with almost any WWE Superstar at that time.

His matches against Shawn Michaels at WrestleMania 21 and The Undertaker at No Way Out are still considered classics.

However, Angle’s body had gone through a lot of wear and tear by then. He also had a problem with substance abuse at that time. Angle simply couldn’t compete at the same level as a full-time WWE Superstar. Due to all these reasons, he left WWE.

The Olympic Gold Medalist eventually made his shocking debut in TNA Wrestling back in 2oo6. This decision was not taken well by those in WWE.

Current head of WWE creative, Bruce Prichard, recently spoke on his Something to Wrestle podcast. During the podcast, Prichard revealed how he felt about Angle leaving WWE for TNA. Prichard noted that he was not a fan of Angle’s decision, but sometimes it simply just happens.

Angle eventually made his return to WWE back in 2017 after a decade-long run in TNA.