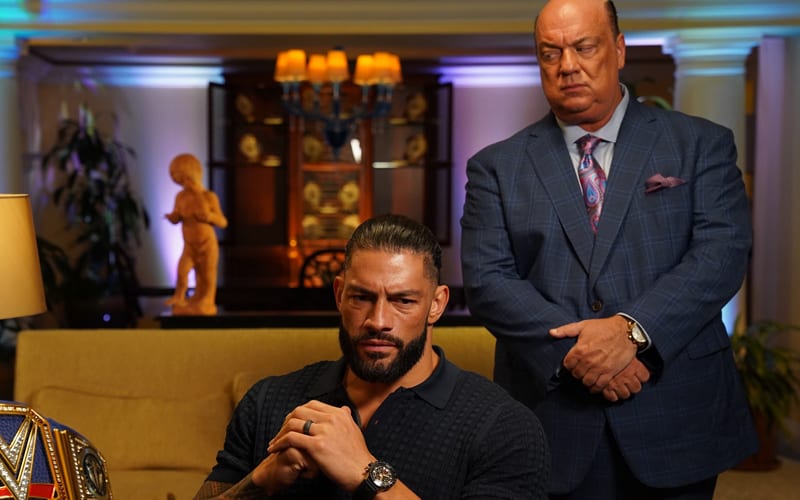 Paul Heyman and Roman Reigns are not in the WWE Hall Of Fame yet, but Heyman says that what they are doing right now is enough to get them inductions all by itself.

Battle On Air tweeted out that Paul Heyman should be in the WWE Hall Of Fame. He proclaimed that Heyman is a GOAT on the microphone as well. The Special Counsel for the Tribal Chief responded as he said that the Hall Of Fame can wait, but what they are doing now will get them in there.

While I appreciate your kind (and very accurate) words, the #HallOfFame can wait.

This tenure with @WWERomanReigns, all by itself, will be a #HOF run, and we’re just getting started.

Roman Reigns and Paul Heyman seem to just be getting started. Their stories have been innovative so far, and you really never can tell where things will go next. Nobody expected that Adam Pearce would have been inserted into a #1 contender spot at the Royal Rumble, that’s for sure.

We’ll have to see how long it takes for WWE to induct Paul Heyman and Roman Reigns into the Hall Of Fame. They seem like very solid first-ballot bets at this point.