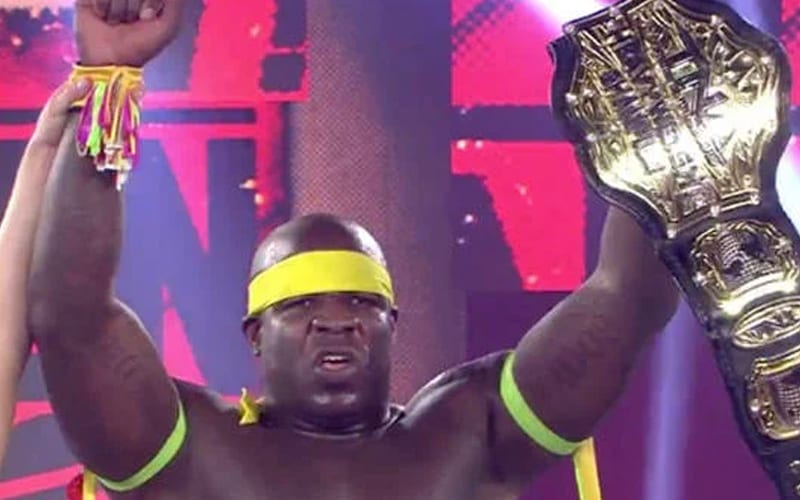 Moose is arguably one of the top stars in Impact Wrestling, having defeated the likes of EC3, Trey Miguel, and Hernandez.

He is currently proclaiming himself as the real TNA World Champion and is carrying the old TNA World Heavyweight title with him, which was retired in 2017.

Moose recently spoke to Michael Morales Torres of Lucha Libre Online, where he talked about signing with Impact Wrestling. Moose left ROH back in 2016 and many fans wondered which promotion he would sign with next.

“That is a good question. I don’t know. At that time I thought it was a stupid decision. But now with the changes that‘ve been made and the people in the office now I feel like it is a great decision.”

At Impact Genesis, Moose received a shot at Rich Swann’s Impact World Championship after Swann agreed to give him one if Moose said ”I quit” in his match against Willie Mack.