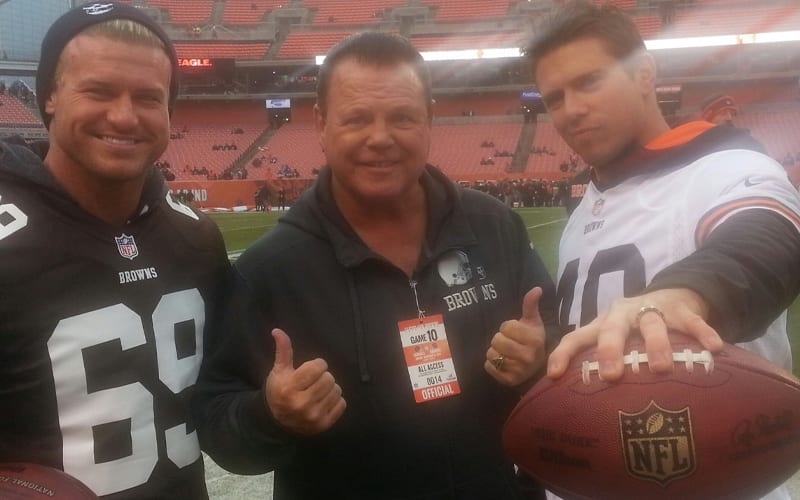 Jerry Lawler had a busy day. He paid tribute to his late son Brian Christopher who would have turned 49-years-old today, and then he took in a Cleveland Browns game.

The WWE Hall of Famer wasn’t alone either. Famous friends and, Cleveland native WWE Superstars, The Miz and Dolph Ziggler were also there with The King to watch the big Playoff game.

@HEELZiggler, me and @mikethemiz bringing the @WWE winning vibes to the @Browns tonight!

The game is currently on-going, but the Browns have a nice lead of 28 points over the Pittsburgh Steelers going into the second quarter. We’ll have to see if this extra star power cheering the Browns on from the stands will help them win the big game.

They could have invited Johnny Gargano, who live tweeted from home. Maybe they will include Johnny Wrestling next time around.