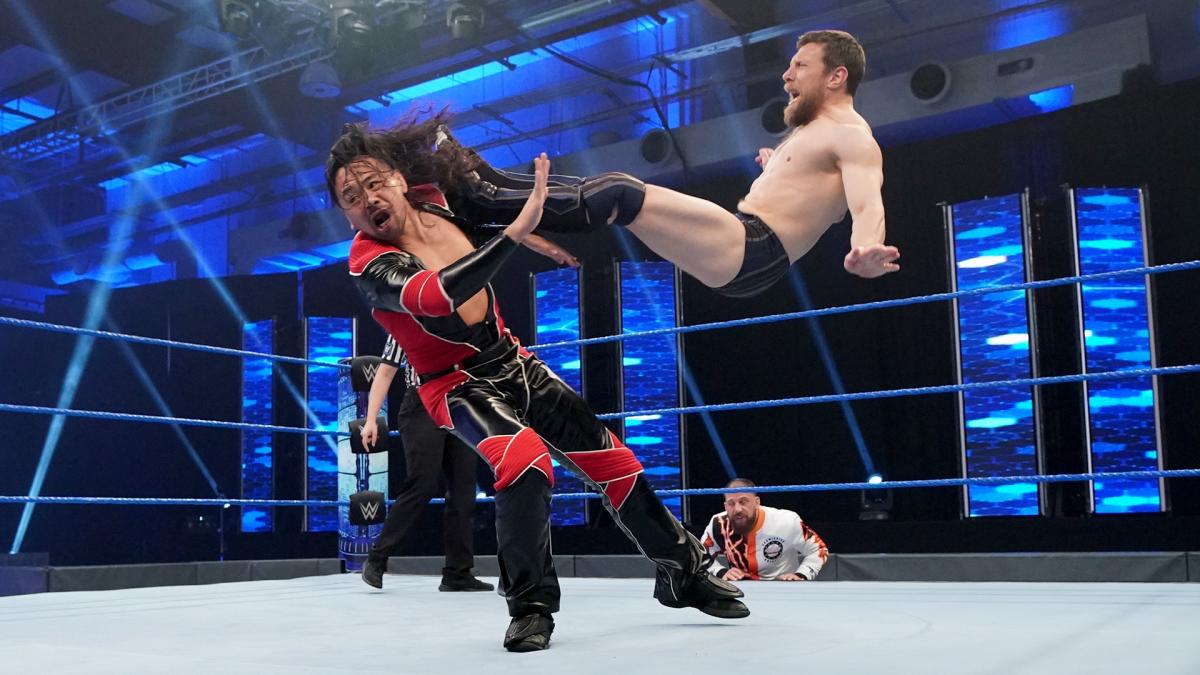 Daniel Bryan is a top Superstars on Friday Night Smackdown and arguably has one of the best in-ring skills in the company. On top of that, he is a member of WWE’s creative team for Smackdown.

WWE on BT Sport recently took to Twitter and uploaded a clip where Daniel Bryan was asked about which Superstars he would like to have a match with.

While Bryan mentioned Ricochet and Apollo Crews, the former WWE Champion then revealed that he would love to have a full-fledged feud with Shinsuke Nakamura.

One of the guys I want to do something where we can really get stuck in with that I’ve never had the opportunity to do is Shinsuke Nakamura.

Bryan added that he has had some matches with Nakamura in the past, but they never had one which was built to be a huge match.

Shinsuke Nakamura impressed both fans and Superstars alike with his performance in the gauntlet match on this week’s episode of Smackdown.

Would you like to see Daniel Bryan and Shinsuke Nakamura engage in a full-fledged feud? Let us know in the comments below!