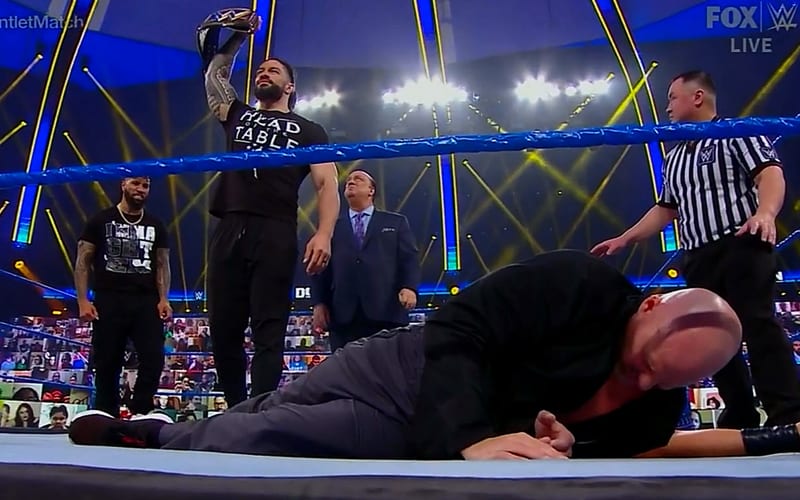 Roman Reigns will face Adam Pearce at the Royal Rumble, but that match wasn’t set up without controversy. Reigns and Jey Uso pummeled both Shinsuke Nakamura and Pearce to set up the pinfall that would create that match. Reigns realizes how much control he truly has.

Roman Reigns had some words for Adam Pearce after SmackDown. He called the WWE Official a “suit” and told him to enjoy his brief voyage to the “Island of Relevancy.”

Congrats suit. Enjoy your quick trip to the Island of Relevancy.

You’re only safe when I allow you to be.

So many people are expecting a swerve at this point, but they could carry on with this match as planned. Roman Reigns and Adam Pearce could be a great match. Pearce is a former five-time NWA World Heavyweight Champion and he has never seen a true WWE spotlight. We will have to wait patiently to see what WWE has in store for fans.