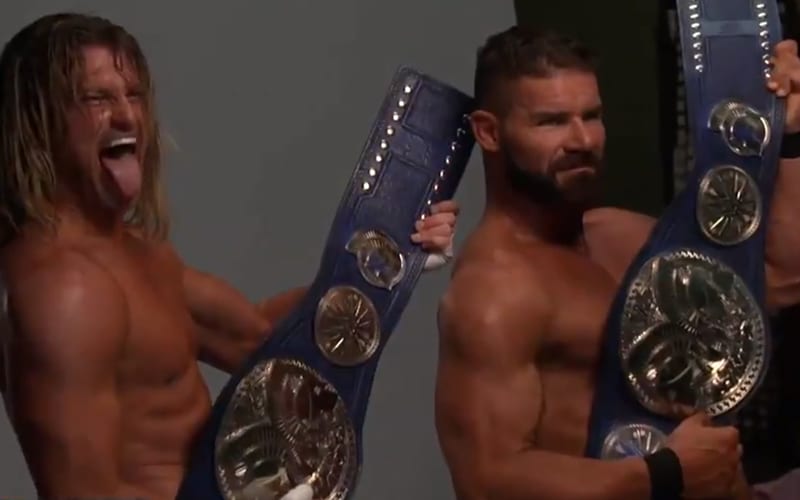 Dolph Ziggler and Robert Roode won the SmackDown Tag Team Titles this week. The Street Profits put up a strong fight, but they could not retain. After their big win, The Show Off and Glorious One had a lot of celebrating to do.

The new SmackDown Tag Team Champions took a photo shoot with their new titles after the match. They were very confident after such a big win. Obviously, the two are having a great time as champs.

The new champs were also interviewed backstage when Robert Roode had a lot to be happy about.