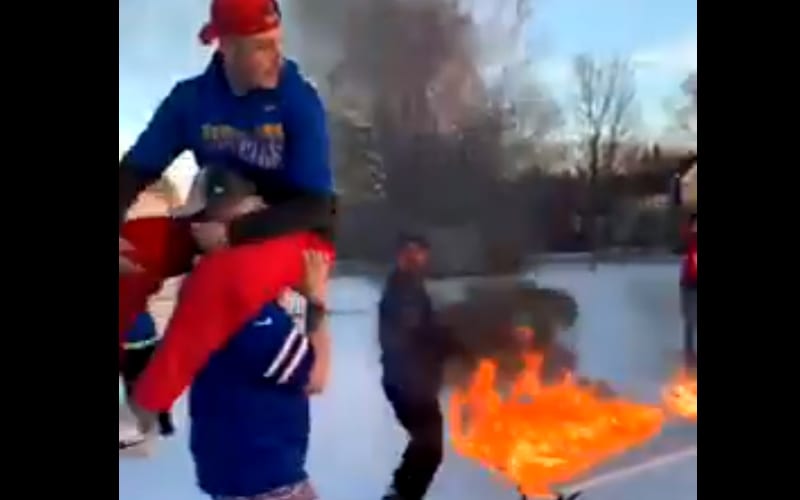 The Buffalo Bills beat the Indianapolis Colts on the gridiron today, and their rambunctious fans might have a lot to do with it. Fans in the Bills Mafia have taken to a hardcore wrestling tradition to get themselves supremely pumped.

Tables are a common weapon in hardcore wrestling matches. They are also handy during tailgating. Rather than put up the table, a few Bills fans decided to perform some pro wrestling moves to celebrate.

One video seen below included a flaming table. They tell fans to not try this at home for a reason. That fan ended up catching on fire. Thankfully, there was snow on the ground to help extinguish the flames. Another video shows a fan jumping off a car to smash through a table.

Bills fans are obviously very happy that their team is 1st in the AFC East. With a Super Bowl appearance in sight, some fans are taking their celebratory efforts to the next level.

Every fan celebrates in their own way, and these fans are obviously very passionate about their Buffalo Bills. You can check out the videos below.