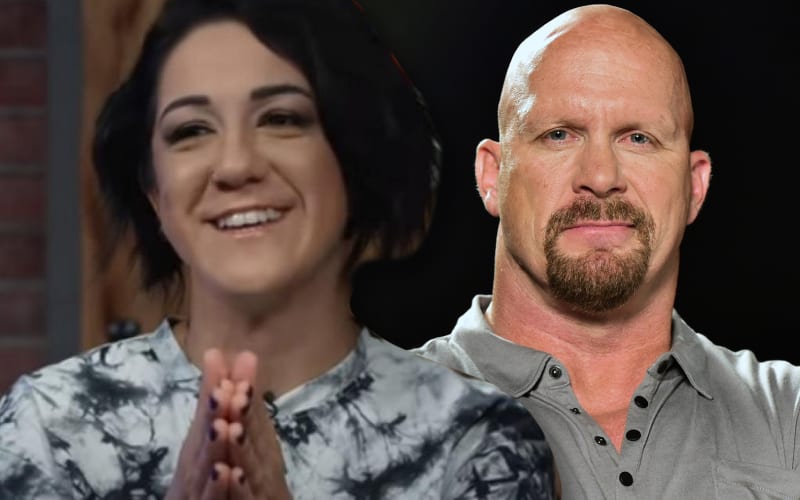 Steve Austin has wrestled his final match. He confirmed this 100% in a recent interview, but there are other ways he could be in a team. Bayley is holding out hope that it’s a possibility.

The Rattlesnake recently had Bayley on his Broken Skull Sessions. The two might have become close during that conversation. The former SmackDown Women’s Champion certainly seems fond of Stone Cold.

WWE On Fox tweeted out a quote from a recent interview with Steve Austin. In the interview, he praised Bayley’s work for consisting of layers. Bayley replied back and she had an idea.

Steve, let’s be a tag team.

Steve Austin doesn’t show up on WWE television much anymore. He wasn’t even at the recent Legends Night.

Austin said he’s retired, but the old saying rings true. You can never say never in WWE. If “Stone Cold” Steve Austin puts on his “Austin 3:16” vest once again, it might just be to team with Bayley.