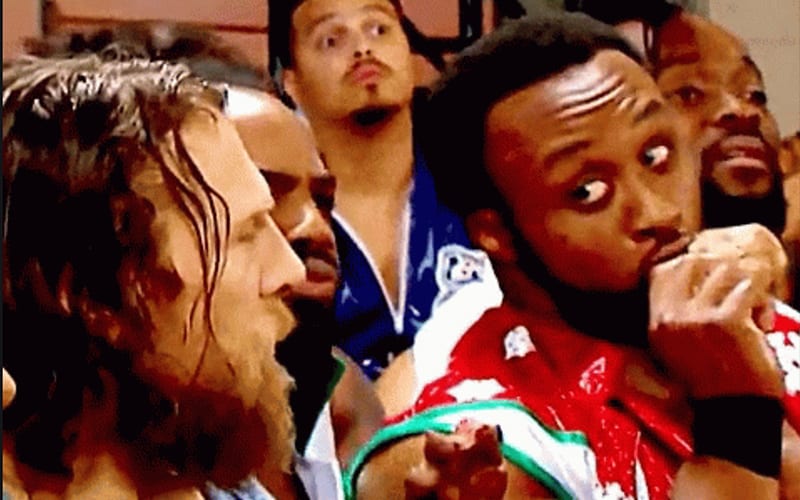 Daniel Bryan is arguably one of the most popular Superstars in the history of WWE. He is also a member of the WWE Creative team for Friday Night Smackdown.

As reported earlier, Bryan has been pushing to call up Superstars from NXT to Friday Night Smackdown. During his time as a member of WWE Creative, Daniel Bryan gave pushes to underused Superstars such as Big E, who is now the Intercontinental Champion.

Bryan recently spoke to BT Sport, where he talked about his relationship with Big E. Bryan noted that WWE has presented Big E as a funny and happy-go-lucky character, most notably as a member of the New Day.

However, Big E in real life is actually ”terrifying” and that Bryan would never want to fight him.

“Big E is an eloquent human being and he can be funny. But he can also, like, stare you dead in the eyes and say like “Hey, I know what I want in this life. I know who I am.” And say it so succinctly that you’re like “Woah.” And Big E’s like, he always jokes so much. So sometimes you’re like “Oh, he’s funny!” But when you see him, we were around him all the time, and it never doesn’t shock me when I see Big E. I’m just like “Oh my gosh, he’s so scary!” Like, I would never want to fight Big E and he’s a state champion wrestler and stuff like that. So it’s also like, yeah he’s really nice and he smiles and all that stuff. But if you were to get him mad? Like, oh my gosh… how terrifying!”

Big E is enjoying a great run as a singles competitor and is also currently one of the favorites to win the Royal Rumble match this year.