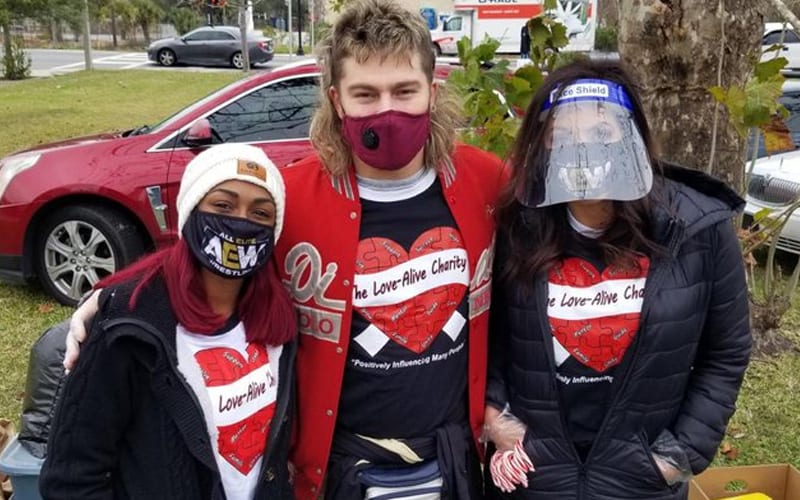 There is a lot going on in America right now, and a couple AEW stars wanted to give back. So, they joined the Love-Alive Charity and helped out in Jacksonville.

Rebel, Red Velvet, and Brian Pillman Jr were out giving out clothes and food to the homeless population in Jacksonville. Brian Pillman Jr, who has not reportedly signed with AEW yet, tweeted out a photo of them at the charity event.

I spent the day with 2 of my favorite @AEW stars @RebelTanea and @Thee_Red_Velvet handing out food and clothes to the homeless of Jacksonville with the Love-Alive charity! For the city that has allowed us to have a career in wrestling I think it’s the LEAST we could do!!!

This is a great way to spend a Saturday. They obviously enjoyed themselves giving back and doing what they could. You can check out Pillman’s post below.