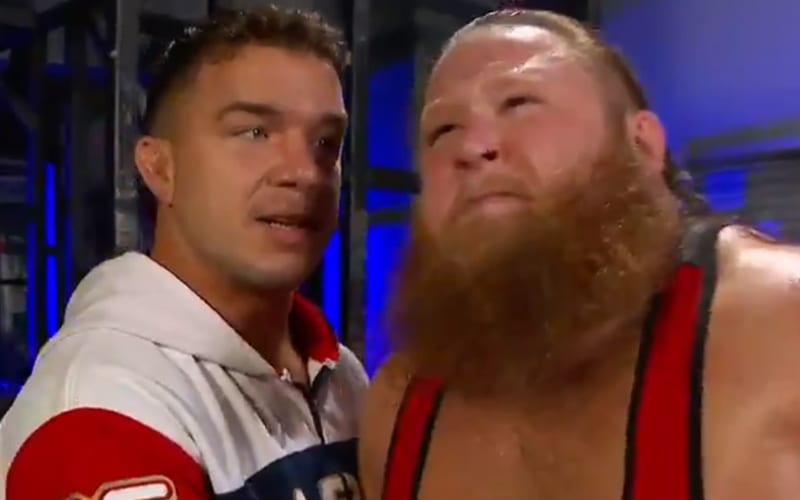 Otis and Chad Gable didn’t get much of an opportunity to show how it’s all about the hips this week. The former Heavy Machinery member was still training hard with Chad Gable backstage.

Gable was trying to teach Otis how to hang on for dear life and avoid elimination in the Royal Rumble match. That didn’t work for long, but there’s still time for Otis to brush up his skills before the Royal Rumble rolls around on January 31st.

Otis let the Money In The Bank contract slip through his fingers, but he won’t let the same happen at the Royal Rumble. He’s working hard with Chad Gable, and he seems determined.

You can check out the new video below. They didn’t air it on SmackDown, but WWE was able to release it as a digital media exclusive.