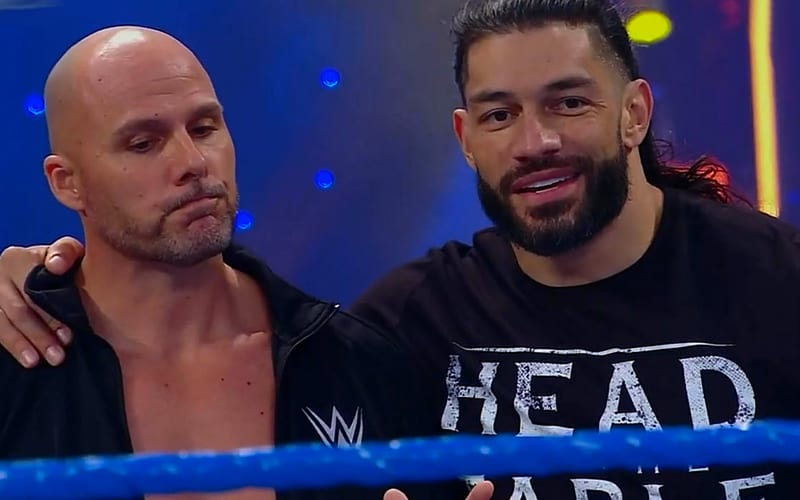 WWE determined Roman Reigns’ Royal Rumble opponent this week on SmackDown. A gauntlet match concluded the show, and there was a lot to take in.

Roman Reigns was upset with WWE official Adam Pearce because he booked a match with Kevin Owens and Jay Uso last week. Reigns got even with Pearce by putting him in the gauntlet match.

When the main event match started, Rey Mysterio took out Sami Zayn in very quick fashion. Shinsuke Nakamura was out next, and he eventually made Mysterio tap out to an armbar. Nakamura was then able to defeat King Corbin, despite Corbin getting a jump on Nakamura.

Then Roman Reigns left the ring and threw Pearce in. Jey Uso knocked out Adam Pearce and dragged him over Shinsuke Nakamura. The referee counted to three, and Adam Pearce won the gauntlet match.

Now Adam Pearce, who is a 5-time NWA World Heavyweight Champion, will face Roman Reigns for the Universal Title at the Royal Rumble.