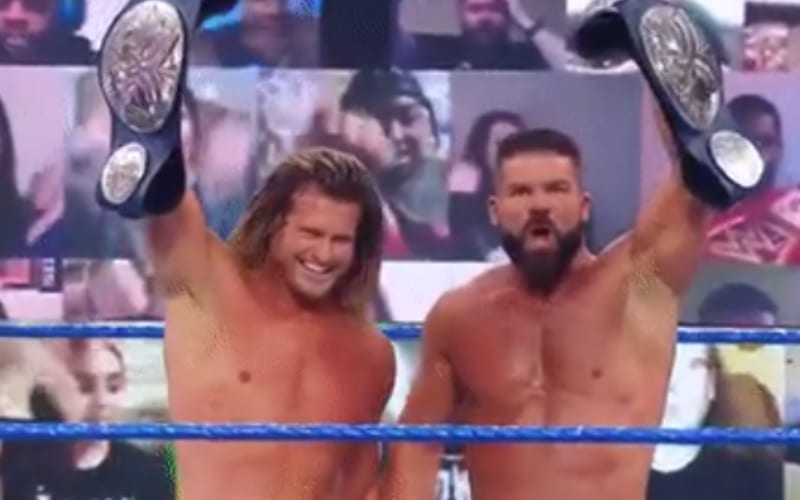 WWE held two title matches on SmackDown this week. Big E was able to retain the IC Title, but the Street Profits were not as lucky.

Dolph Ziggler and Robert Roode faced off against the Street Profits this week on SmackDown. After an intense match, Ziggler and Roode became the new SmackDown Tag Team Champions.

This was a bit of a shock, but the feud likely isn’t over. After the heel team captured the SmackDown Tag Team Titles, they did a little beatdown on The Street Profits for good measure. Odds are Montez Ford and Angelo Dawkins aren’t out of the title picture.