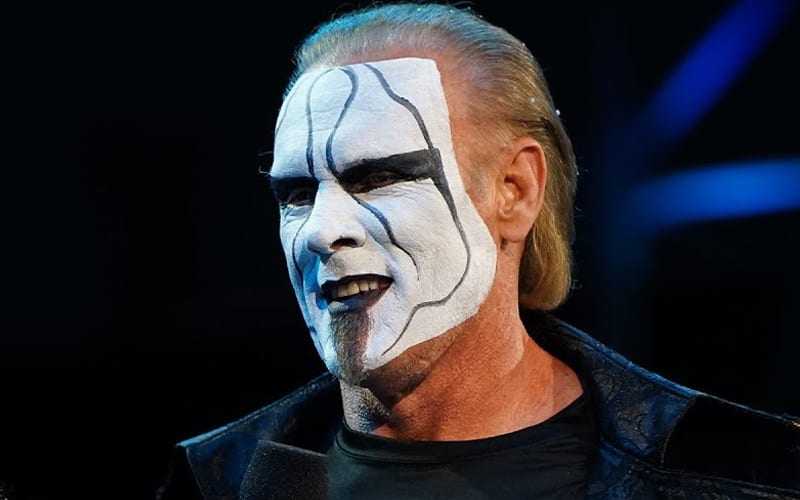 Sting arrived in AEW, and the pro wrestling world took notice. It wasn’t a complete shifting of the tides, but it certainly sold a ton of Sting t-shirts. According to Konnan, AEW is making some rookie mistakes with The Icon.

Konnan recently spoke with Lucha Libre Online where he critiqued AEW programming. He said that Tony Khan is making a mistake with Sting.

The pro wrestling Hall of Famer doesn’t have to do anything with his first appearance, because he’s Sting. The issue came with Sting’s other appearances because he has continued to go out on Dynamite and not do anything.

“I get along with Tony Khan, but they are mistakes, man. They are rookie mistakes. I’ll give you a good example, I had this discussion on my podcast: When Sting came out the first time, there was a guy on my podcast who told me: ‘He just came out and did nothing.’ And I said, ‘Well, he doesn’t have to do anything, he came out and it’s a surprise, and it’s Sting, man.'”

“Then the second week he told me the same thing and this time I told him that he’s right. That’s why the ratings dropped so much, because the guy has been out three times and literally they haven’t done anything. I mean, they have had 3 chances to make a breaking news ‘bomb’ with this guy, and you haven’t done anything.”

Sting’s storyline with Darby Allin is slowly coming together, but Tony Khan is milking every week he can until Sting finally makes his intentions clear. AEW signed The Icon to a multi-year deal and he will be a regular on their programming. Sting also agreed to wrestle in cinematic matches.