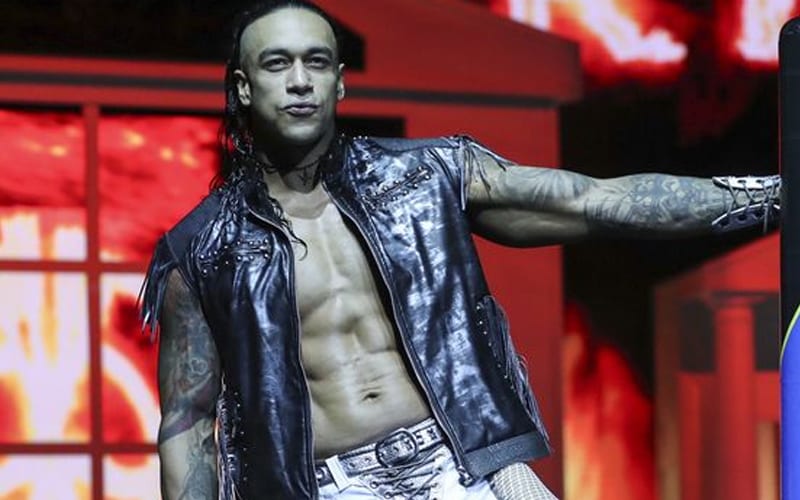 Update: There is a new plan to call up Damian Priest to the WWE main roster.

Original: Damian Priest was set to debut on SmackDown last week, but that plan was nixed. The company had an idea for Priest that would have seen him inserted on the top of the card.

During Wrestling Observer Radio, Dave Meltzer said that the plan was for Damian Priest to come up and be his best friend on the show. He was supposed to assist Owens in his feud against Roman Reigns and Jey Uso.

The main event of SmackDown was supposed to be a tag team match with Roman Reigns and Jey Uso versus Kevin Owens and Damian Priest. Everything was ready to go, but Owens then said that it makes no sense for him to have a best friend right now.

Kevin Owens brought up how he has nothing in common with Damian Priest and the angle didn’t make sense. Then Roman Reigns agreed with Kevin Owens and the idea was nixed.

The idea was that SmackDown has “ruined” all of their babyfaces, so they asked who could come up. They came up with Damian Priest’s name, but that obviously didn’t work out this week.

Karrion Kross defeated Damian Priest at WWE NXT New Year’s Evil. We will have to see if WWE still brings Damian Priest up to the main roster, but Kevin Owens apparently doesn’t need a best friend.