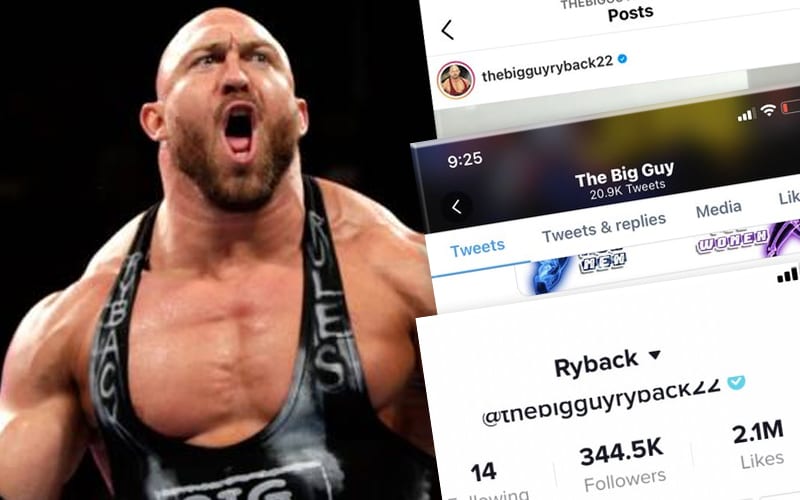 The Big Guy posted the same video on three different platforms: Twitter, Instagram, and TikTok. He provided photos of his posts with a caption to explain what fans are really seeing when they look at his engagement numbers.

I have to keep pushing and please like and share. @wwe had my @Twitter and @instagram suppressed in 2016 when I didn’t give them my brand. TikTok doesn’t suppress me and you can see the major difference. Twitter suppresses me the hardest. 137 likes VS nearly a million

That’s because @twitter keeps my stuff hidden from the majority of my 1.4 million followers. They have my account suppressed to the maximum level and have for 4.5 years. They work with @wwe and have illegally limited me to hurt my brand and business. I can’t just sit back anymore

If WWE did suppress Ryback’s social media accounts in 2016, then TikTok was not around for them to tamper with. Ryback’s screenshots do show that his TikTok video racked up 995k likes which is far more than he received elsewhere.

You can check out his evidence below.