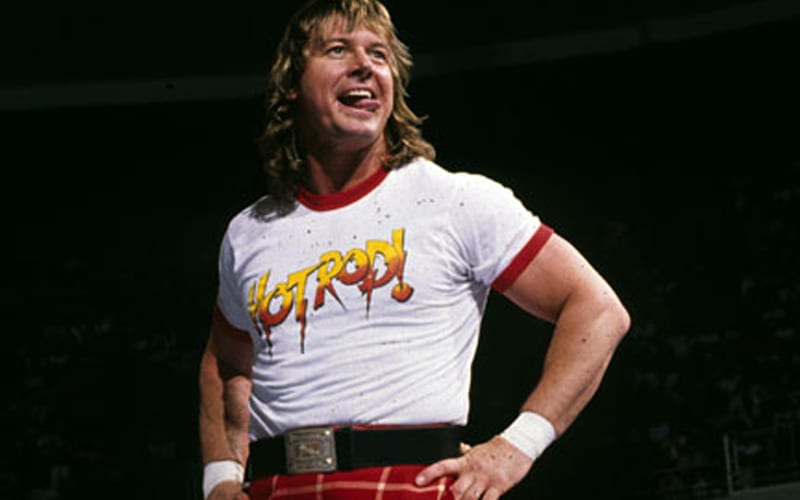 WWE Hall Of Famer ‘Rowdy’ Roddy Piper was a true legend in the world of professional wrestling and one of the mainstays of WWE in the 80s and early 90s. He had a larger-than-life character and now it seems fans will get to see him in a new light.

A biopic based on Piper is currently under production. Kyle Newacheck recently spoke on the This Is Important Podcast. During the interview, Newacheck revealed that the biopic is being made and he will be directing it.

Newacheck is known for being the producer, director, actor and writer on ‘Workaholics.’ He also mentioned The Rock’s company, known as Seven Bucks Productions, will be handling the biopic.

“The Rock’s company [Seven Bucks] is doing ‘Rowdy’ Roddy, I’m actually attached to it now. They came to me with the idea of doing a ‘Rowdy’ Roddy Piper project. It’s with The Rock’s company and also Jimmy Kimmel’s company. I am attached to direct it. They’re not looking for another director at this time because if, and when it gets made, I am the guy. We’re all about casting right now.”

Seven Bucks Productions is responsible for producing several movies such as Jumanji, Baywatch, Skyscraper, Rampage, Fighting With My Family and Fast and Furious: Hobbs and Shaw and more.

They will also produce Shazam 2: Fury of the Gods, Black Adam, among other projects.