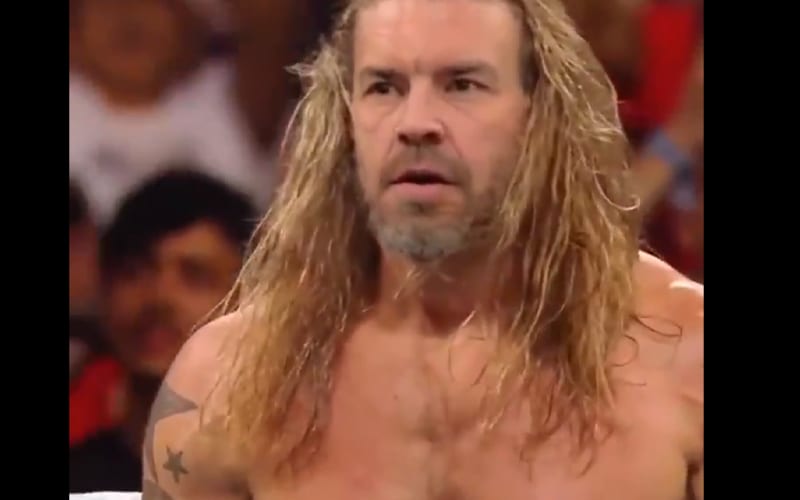 Edge has been a part of plenty of great moments in a WWE ring. Once he returns from injury, Edge will likely make many more memories. In 2021, technology exists to replace your face with anyone. Edge recently got a kick out of one fan’s creativity.

Someone used FaceApp to put Christian over Edge’s face. This technology was displayed in a best-of video package. Edge was doing the moves, but it looked like Christian. The FaceApp’s abilities really shined in this video, and Edge himself had to comment.

What. In. The. Blue. Hell. Have. You. Done? You evil man. Don’t ever spoil my Rumble moment with that face. In all seriousness though, that was really weird to watch lol.

Christian retired from in-ring competition, and this is likely the only way that fans will get to see him wrestle again.

Edge could be a big surprise at the Royal Rumble. He was backstage at Survivor Series, but he did not appear at all. It seems that the days are ticking down until his return. That will likely provide fans with plenty more footage to paste Christian’s mug over Edge’s.