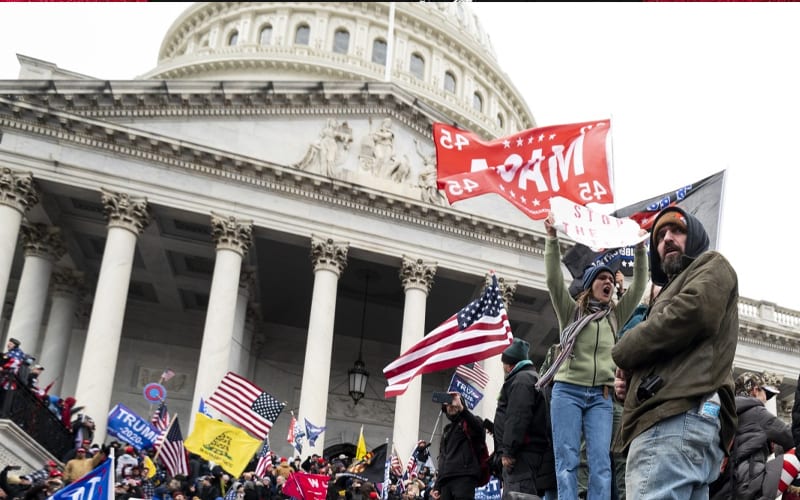 Protest in Washington, DC broke into riots. People stormed the Capitol Building and set off tear gas. We are still awaiting more details on what is going on in this situation, but the world is looking toward the USA and commenting.

The Internet Wrestling Community exploded with reactions as pro Trump rioters stormed the Capitol Building. The Senate was evacuated as well.

Mick Foley called out for Vince McMahon to throw Donald Trump out of the WWE Hall of Fame. Others had far more to say as well.

WWE Superstars might be hindered from commenting on this subject too openly. Vince McMahon’s friendship with Donald Trump is well documented. That being said, it’s not likely he will throw his friend out of the WWE Hall of Fame.

You can read some of the reactions below. They range from disbelief to outrage. More are sure to come as we all wait out this extremely volatile situation.

News Tip
wpDiscuz
63
0
Would love your thoughts, please comment.x
()
x
| Reply
You are going to send email to
Move Comment