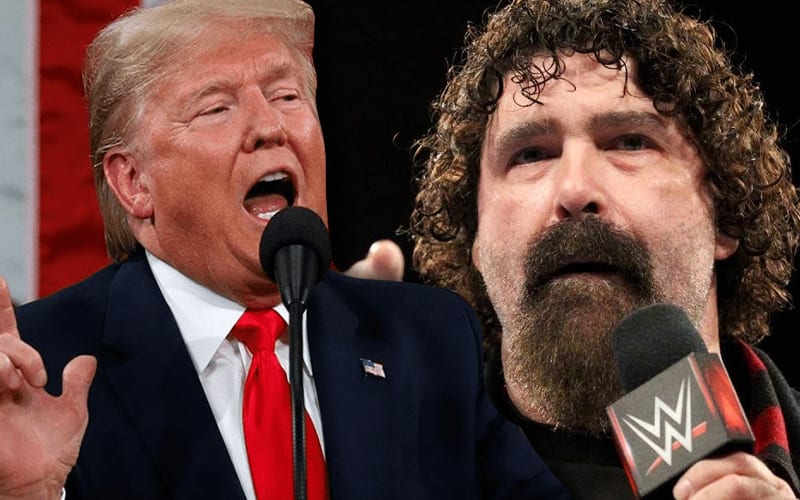 Donald Trump incited a riot in Washington DC today, and protestors stormed the Capitol Building. This caused the Senate to evacuate as chaos broke out. Mick Foley would like Vince McMahon to do what he can about this situation.

Mick Foley tweeted out a request of Vince McMahon. He didn’t call Trump out by name, but the timing of his post and the riot currently airing on every news station said enough.

Hey Vince – how about throwing this sorry son of a bitch out of our Hall of Fame? @VinceMcMahon

WWE hasn’t made a big deal about the fact that the President of the United States is a Hall of Famer. We’ll have to see if Vince McMahon fulfills Mick Foley’s request and he removes Donald Trump. As of this writing, Trump is still in the Celebrity Wing of the WWE Hall of Fame.

Mick Foley was inducted into the 2013 WWE Hall of Fame along with Trish Stratus, Bruno Sammartino, Bob Backlund, Booker T, and Donald Trump.