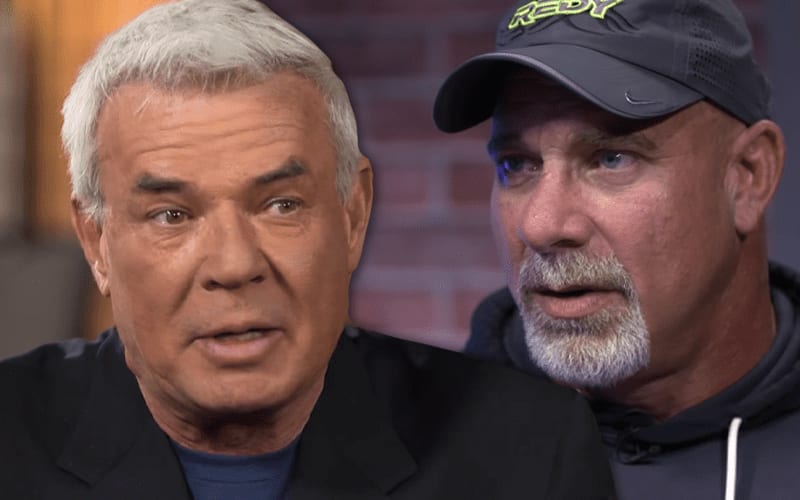 Goldberg was a big experiment for WCW that paid off in a big way. His undefeated streak was legendary, and it marked a time in pro wrestling history that can never be replicated. Eric Bischoff certainly didn’t see that wave of popularity coming.

During 83 Weeks, Eric Bischoff spoke about Goldberg’s rise in WCW and how surprising it was. He said that nobody expected Goldberg to get over like he did. Goldberg’s energy captivated WCW fans and helped them as a driving force through the Monday Night Wars.

“Nobody expected Bill to get over that way. None of us. Keep in mind, Goldberg came out in dark matches just so we could kind of get an idea of how he’d react to a crowd. We had no idea the type of reaction he was going to get coming out in dark matches. This was like three weeks after he’d been at the Power Plant. We said, ‘OK, he’s big, he has some great athletic ability. Maybe we can send him out in a dark match and see how he does.’ Holy shit. And I know that sounds weird because one would assume, ‘Well obviously, he’s Bill Goldberg. You would expect him to get over.’ No you wouldn’t. Nobody else had ever gotten over like that that fast. So, it would be unrealistic to say that you would’ve expected it. That was a freaky situation. Has there been anybody like Bill since Bill? I don’t think so. Has there anybody come out of the chute and had as much impact on the wrestling business as early in their career as Goldberg? I don’t think so. Maybe I’m wrong.“

Goldberg’s return to WWE saw him challenge for the WWE Title right off the bat. This was a big surprise for a lot of fans, especially for those in the back. WWE kept Goldberg hidden throughout the night.

Now Goldberg is used as a special appearance and he is contracted to work two matches a year. It might be impossible to replicate Goldberg’s success in pro wrestling, but there might only be room for one person with a story like his.