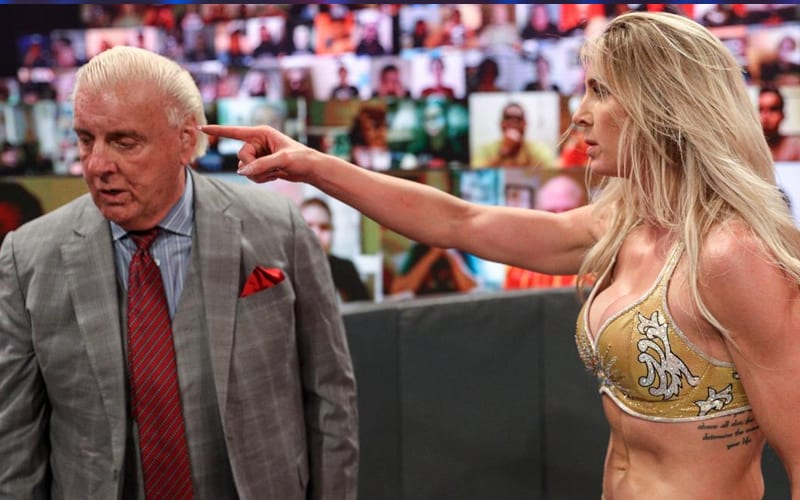 Ric Flair showed up to Legends Night, but he didn’t help his daughter out. He accompanied Charlotte Flair to the ring, but The Nature Boy helped his daughter’s opponent instead. He is sorry for that.

On the morning after Raw, Ric Flair tweeted out an apology to his daughter for his slip-up. It cost The Queen her match during Legends Night, and she wasn’t happy about it. Flair said it won’t be the last time he messes up either, but he was grateful for the invitation.

Sorry I Messed Up. It Won’t Be The First Time And Probably Won’t Be The Last. A Father And Daughter’s Bond Is Unbreakable. Thank You For Letting Me Come Visit!

Ric Flair doesn’t get invited back to WWE television as much as he once did. The pandemic made travel for the 71-year-old two-time WWE Hall Of Famer a bit difficult. Odds are Charlotte Flair won’t be as thrilled about her father standing at ringside next time just in case he pulls a repeat performance of last night.