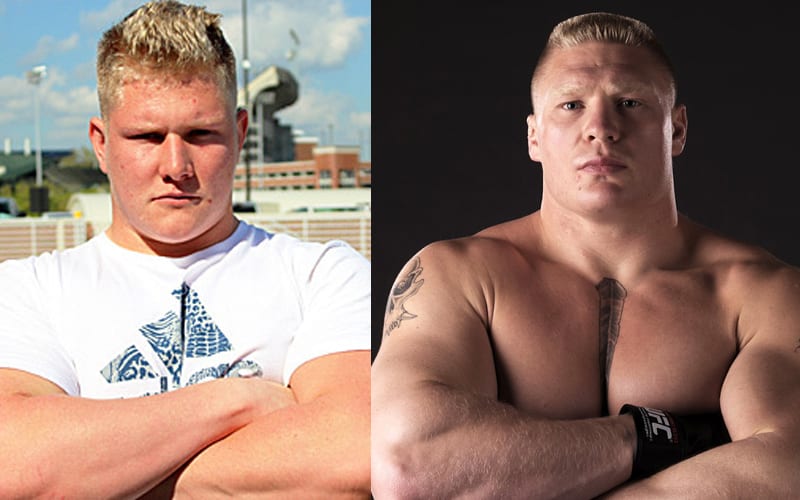 Football player Parker Boudreaux has become an internet sensation as of late. WWE fans have shown a lot of interest in the 22-year-old football star, as many have declared him as the next Brock Lesnar. Boudreaux’s current social media handles show him being called “The Next Big Thing,” which is what Brock Lesnar was called during his early run in WWE.

While speaking to Michael Morales Torres of Lucha Libre Online, Boudreaux was asked what he thought of Brock Lesnar and the fact that so many fans have compared him to The Beast.

Boudreaux said that Lesnar is a tremendous athlete and him being compared to Lesnar is a compliment. The football star then said that he wants people to see his own unique identity and character in professional wrestling.

I think Brock Lesnar is a tremendous athlete and while I do take it as a compliment to be told we look alike, I look forward to people getting to see my own unique identity and character in professional wrestling, as well as watch me be my own person. I’m one of a kind. The Next Big Thing.

Even Paul Heyman commented on Boudreaux’s comparisons to Lesnar recently. We will have to see if Boudreaux ever gets signed to WWE in the future.