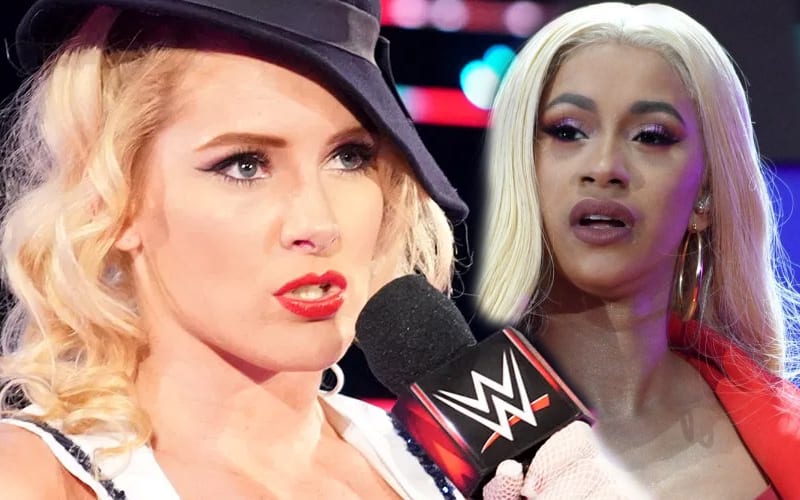 Pop artist Cardi B is currently a hot topic of discussion in WWE following this week’s episode of Monday Night RAW. Cardi B was named-dropped during a segment on the show and since then she sent several tweets about the company.

While Cardi B seems to like both Sasha Banks and Carmella, T-BAR of Retribution does not feel the same way. He asked fans on Twitter if they want Retribution to ‘destroy’ Cardi B.

Now it seems another WWE Superstar has gone after Cardi. Lacey Evans took to Twitter and commented on one of Cardi B’s tweets. Evans warned her of what might happen next and also stated that the female WWE Superstars are not like Nicki Minaj.

She then threatened to send Cardi B home with more than just a black eye.

Careful what you wish for ya nasty….. we aren’t @NICKIMINAJ You’ll get sent home with more than a busted eye.

We wonder if Cardi B will make an appearance in WWE eventually.