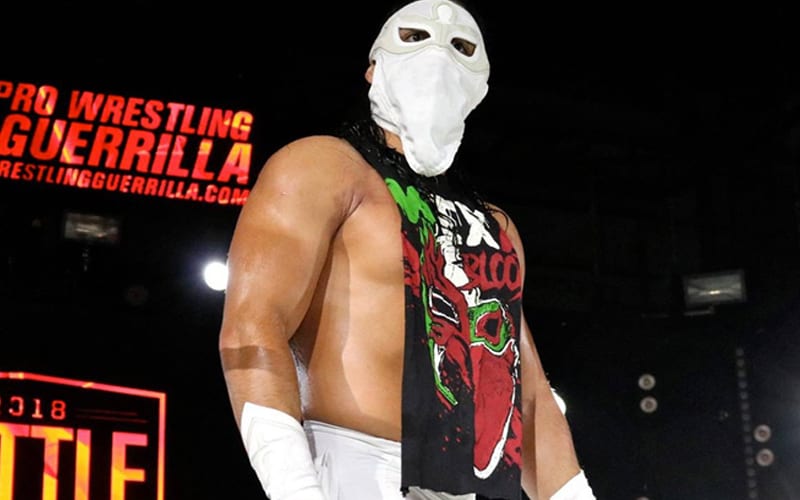 ROH has been able to lock down a major player as Bandido has re-signed his deal. It was not noted exactly how long his new deal is for,

Bandido is currently 1/3 of the ROH World Six-Man Tag Team Championship with Rey Horus and Flamita. The pandemic kept him away from ROH since February, but they have been able to secure a new contract with him. The official press release from the company says.

Ring of Honor is pleased to announce that international star Bandido has re-signed with the company.

One of the most innovative and electrifying competitors in professional wrestling, Bandido has been with ROH since December 2018, when the sensational luchador was among the hottest free agents in the industry.

Currently a co-holder of the ROH World Six-Man Tag Team Title with Flamita and Rey Horus, Bandido has not competed in ROH since February due to travel restrictions caused by the pandemic.

Before coming to ROH, Bandido competed extensively in his native Mexico as well as Japan, the UK and Australia.

ROH also inked a deal with UK wrestler Mark Haskins recently. They also inked Danhausen to a contract. They are beefing up their roster while preparing for a very different game plan in 2021.