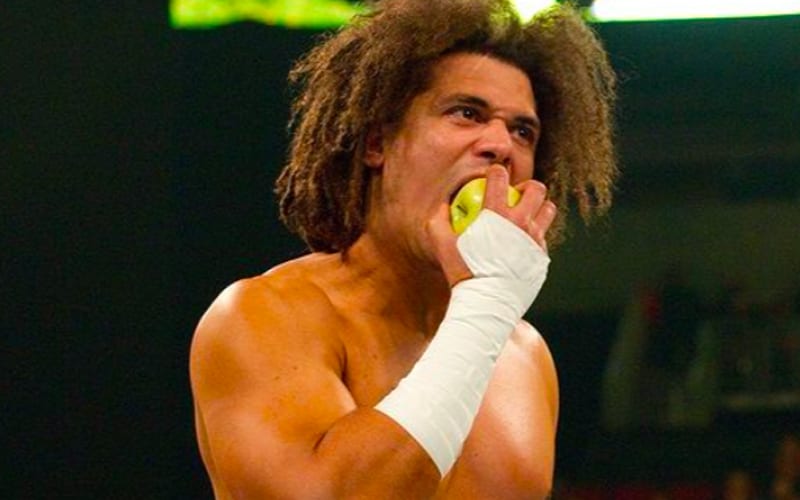 Carlito was advertised for WWE RAW’s Legends Night, but the company didn’t bring him in. This caused a few questions within the fan base.

WWE promoted Carlito to show up on RAW this week. Right before the show, it was reported that he wasn’t expected to show up. After WWE RAW was over, he seemingly shared his opinion of the situation with a simple animated gif.

Carlito posted an animated gif of Karen Filippelli on The Office. She was giving a classic shrug in one of The Office’s testimonial cut scenes. That seemed to be his explanation of things.

Goldberg showed up, and he challenged Drew McIntyre for the WWE Title at the Royal Rumble. Carlito might have been game to do whatever WWE wanted him to, but they just couldn’t make the situation happen.

We’ll have to see if WWE and Carlito can work something out in the future, but this animated gif of Rashida Jones seems to be all Carlito has to say on the matter at this time.