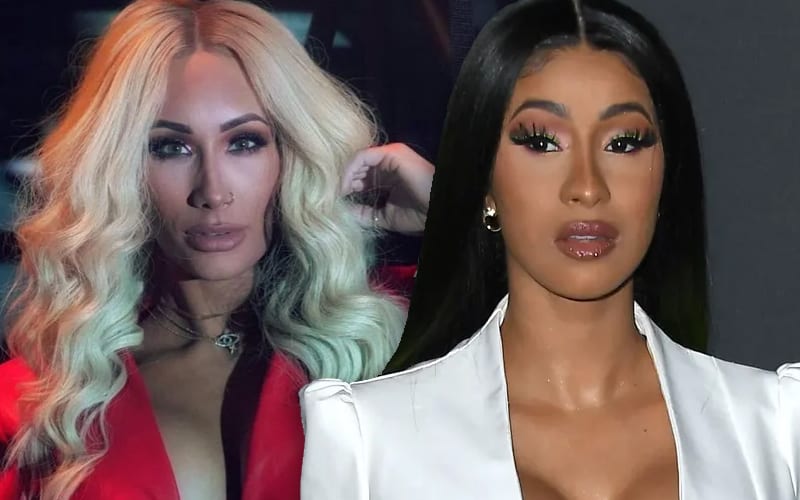 Cardi B might have been a bit confused by all of the WWE mentions on her timeline, but she does know who Carmella is.

The famous rapper recently said that she’s a fan of Sasha Banks. She also received an invitation to join the Robert Stone Brand.

This was followed by another tweet where Cardi B admitted no not watching WWE in years. That doesn’t mean she is unaware of the Untouchable Carmella.

Ok nomore wwE tweets I haven’t watched it in years.I was just confused on all the wwe tweets I was getting.Before this last thing I Hurd bout it was about a sexy wrestler name Carmella.

Carmella and Cardi B could make quite a team. We will have to see if WWE is able to arrange that union down the line. You never know what can happen in WWE, but Cardi B might find her way into a television storyline after those tweets.