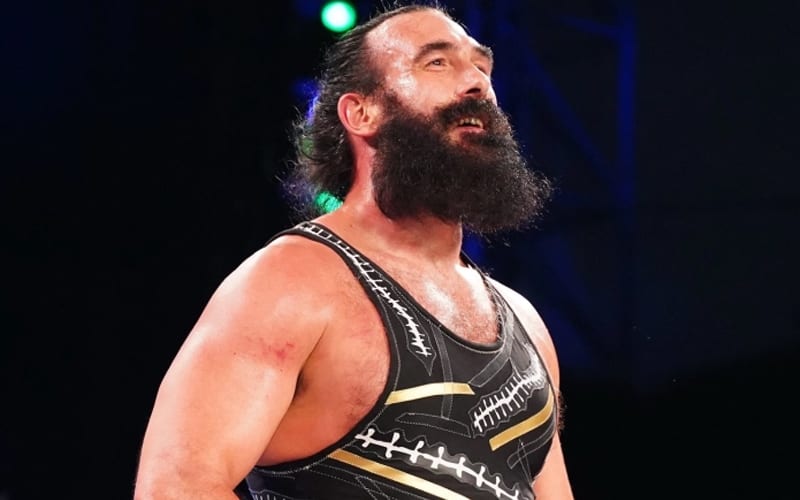 Brodie Lee passed away far too soon, and the pro wrestling world still mourns the loss. Those who knew him personally are also telling stories about the amazing man he was. The Young Bucks remember Brodie Lee from the indies, but they didn’t get too much time with him.

During Talk Is Jericho, Nick Jackson revealed the first time that the Young Bucks met Brodie Lee. It was 2008, and they were wrestling in Chikara at the time. Brodie Lee was an intimidating force, and they didn’t get to know him very well because of that. He was on his way up the pro wrestling business and destined for stardom at the time as Nick Jackson said:

“Yeah, we actually met, I want to say, 2008 for Chikara. He teamed with Claudio (Cesaro) and someone else, but I was intimidated by him, obviously because he’s so tall. So we didn’t really get to know him because I think we were so intimidated by him at the time. He was the main guy. He was going up in stardom. You could tell, so you knew he was going to be something big.”

Matt Jackson added that Brodie Lee became a star in DGUSA as soon as they left. They were not really in the same company together until years later when they were all a family in AEW.

Brodie Lee and the Young Bucks were in contact with each other near the end of Lee’s run as Luke Harper in WWE. They revealed a story about Brodie Lee calling to ask them how the indies were doing at the time. He really wanted to leave WWE, but Vince McMahon refused to grant that release request for months.