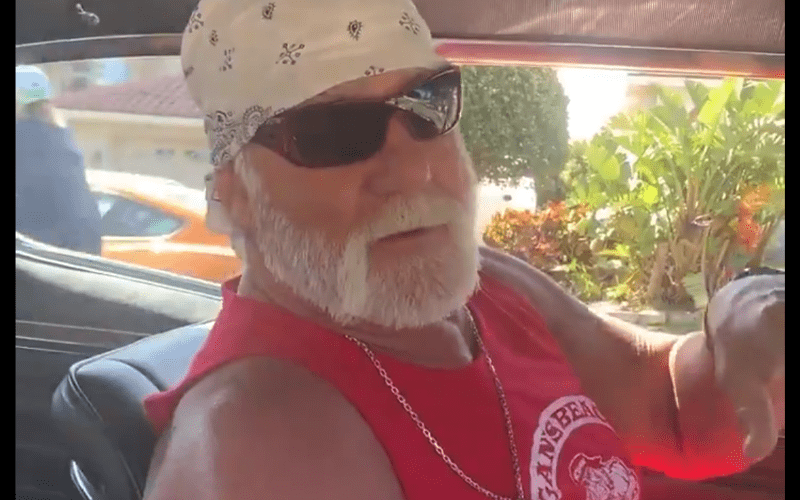 WWE Hall Of Famer Hulk Hogan is a legend in the world of pro wrestling and still remains a huge name till this day. Hogan recently spoke to ESPN in order to promote RAW Legends Night which will be airing tonight.

During the interview, The Hulkster was asked what he thought of The Undertaker’s farewell, especially the ”Last Ride” documentary based on him.

“I didn’t expect it to be done so open and honestly. I mean, he retired and came back, and put his boots in the ring and all of that. But this was the final ‘final’ goodbye. Putting the nail in the coffin — I know, great cliché there. But opening up and showing people what he was about, that he was totally dedicated to this business, had wrestling in his blood on day one and was a good dude and a family man. I think the whole thing was done really well. It was a good move.”

Hogan was then asked if he wanted a send-off similar to The Undertaker, including a documentary similar to the ”Last Ride” documentary.

“I haven’t really thought about it. There’s still more business to be done with me even though I’m not actually wrestling anymore. I don’t know how to approach that as far as timing goes. It could only be done by the WWE because they’re the only ones that could do it correctly and give it justice. Hopefully, down the road there’ll be a spot to do it that way.”

Hulk Hogan will be one of several WWE legends who are scheduled to appear on this week’s RAW Legends Night.