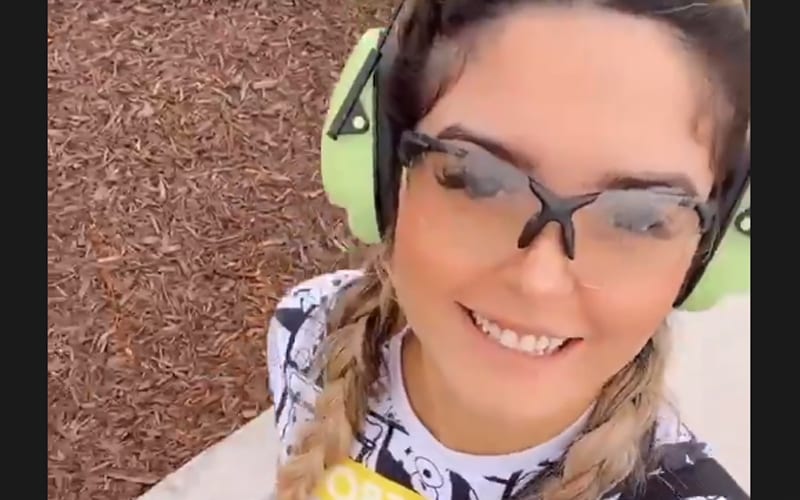 Tay Conti is working hard to be a threat in the squared circle, and it turns out the Brazilian pro wrestler also has some firepower outside of the ring as well.

The AEW star recently dropped several social media posts from a shooting range. She also tweeted out that she’s shooting like a pro today.

Conti uploaded several Instagram stories showing off at the shooting range. You can check out some screenshots below.

Tay Conti is apparently pretty good behind the trigger. She shot a playing card which she was very proud to show off as well. She showed off a mangled target as well. It seemed like a very productive day.