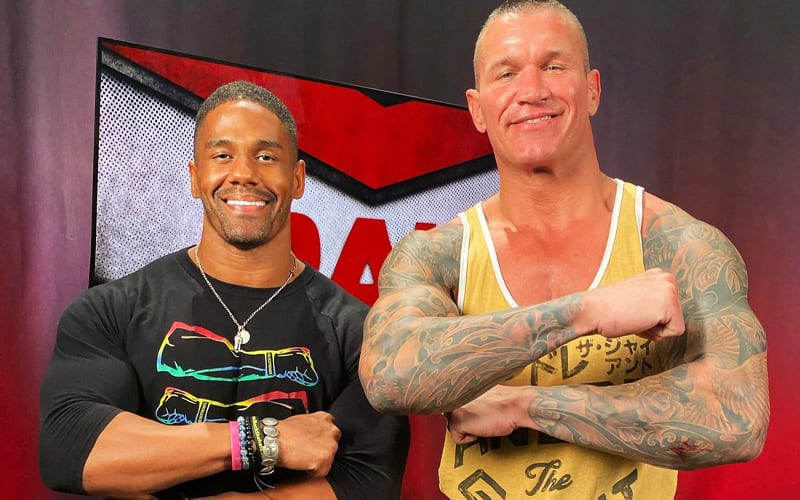 Randy Orton is a locker room leader in WWE. We invite you to click here for an in-depth exclusive on how Orton evolved to that status. His veteran ability in the ring is also matched by a world of support outside of it.

While speaking to Wrestling Inc, Fred Rosser spoke about coming out of the closet as a WWE Superstar. The former Darren Young said that Randy Orton gave him a big hug and said that he would deal with any problems if someone was giving Young a hard time.

Fred Rosser said that CM Punk was there for him as well., but he also said that Randy Orton “was my heart.”

“Once I came out publicly to the world in 2013, I never said two words to a lot of the main guys, but once I came out, he was one of the guys that passed me in the hallway the day after I came out, and he gave me a hug. He said, ‘Hey man, if you have any issue, you let me know, and I’ll take care of anyone in the locker room.’ Him and CM Punk were top guys that said those exact words and Randy, from then on, was my heart.”

“Any time I visit backstage with WWE, I see him passing. I was like, ‘Hey Randy, you mind if I get a money shot doing the Block The Hate?’ And he was so into it. There were no cameras around, and he was like, ‘Yeah, man, let’s get it right.’ And then we finally took the picture, and I tweeted it. He messaged me saying, ‘Oh man, you’re making me blush.’ Randy is a cool dude, and I had posted something recently on my social media because I get tired of fans asking me, ‘Oh, why don’t you try AEW?’ Well, I tried AEW, not once but twice, and they said nope.”

“And that wasn’t really my goal. My goal was New Japan Pro Wrestling. I’ve got a lot of work to do, and he liked the tweet. Randy knows what’s up. He don’t like a lot of people’s stuff. He likes the real ones, and that meant the world to me.”

Fred Rosser is now performing for NJPW. He didn’t see AEW as a goal, but they did turn him down on two occasions so far. You can never say never in pro wrestling, but Fred Rosser will continue blocking the hate, and he knows that The Viper has his back.