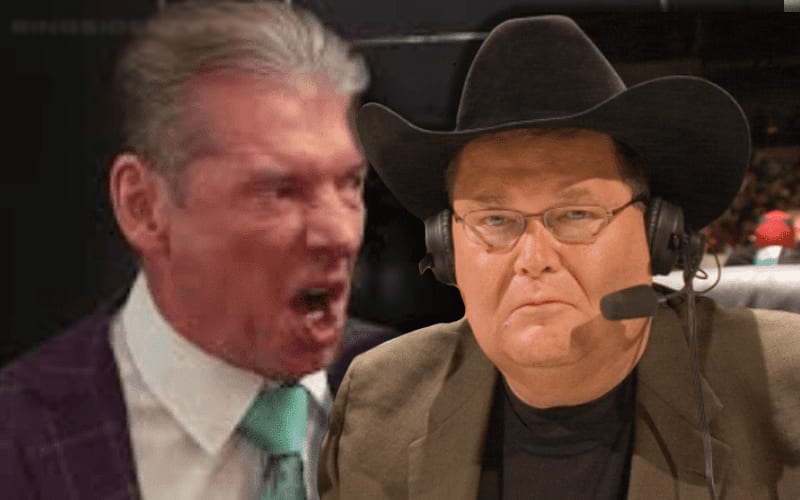 Vince McMahon can be a difficult person to please, and he has his own way of how he wants things done. Jim Ross has received a brunt of this direction from The Chairman in the past.

During the Grilling JR podcast, Jim Ross discussed Vince McMahon and how he handled those times when he would have Vince McMahon’s voice in his ear cursing away critiques as the show was live on the air.

“Vince would tell you what to say, and sometimes it would be ill-timed. Sometimes it would be right on the money, but just general stuff, you know. Normally, it was critiquing on the air, live. ‘You cant say that JR, Godammit.’ So it was very disconcerting. Producing announce talent is an art form, unless you’re the owner of the company. Then you can do whatever you want, say whatever you want, don’t worry about the morale of your talent. It was rough, it was very challenging, very daunting.”

Vince McMahon’s way of dealing with his employees might not work for everyone. Some people don’t work best in conditions where they are getting cursed at on live television. It can sometimes be a high-pressure situation, and Jim Ross understands that all too well.

Jim Ross also spoke about how he is currently worried about Vince McMahon’s health as he continues running WWE with an iron fist.