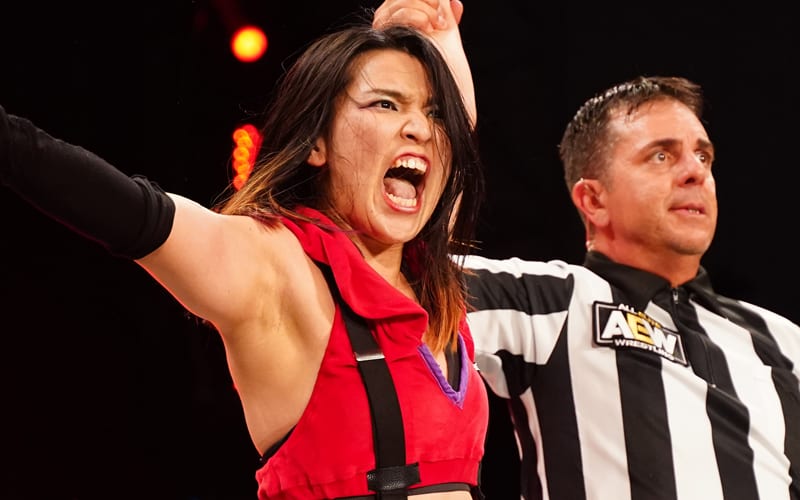 AEW Dynamite has a loaded card for their New Year’s Smash, and night one will include an AEW Women’s World Title match. Hikaru Shida could face her toughest opponent yet as she takes on Abadon.

The Living Dead Girl made a big impression when she made her first appearance for AEW. Tony Khan also quickly inked her to a deal. Abadon could be a force in AEW for years to come, but Shida plans to slay the zombie on January 6th.

Hikaru Shida has spearheaded the AEW Women’s Division since the pandemic started. Her reign as AEW Women’s Champion saw her defeat every opponent so far. AEW Dynamite will undoubtedly include a women’s title match worth watching for the first night of New Year’s Smash.