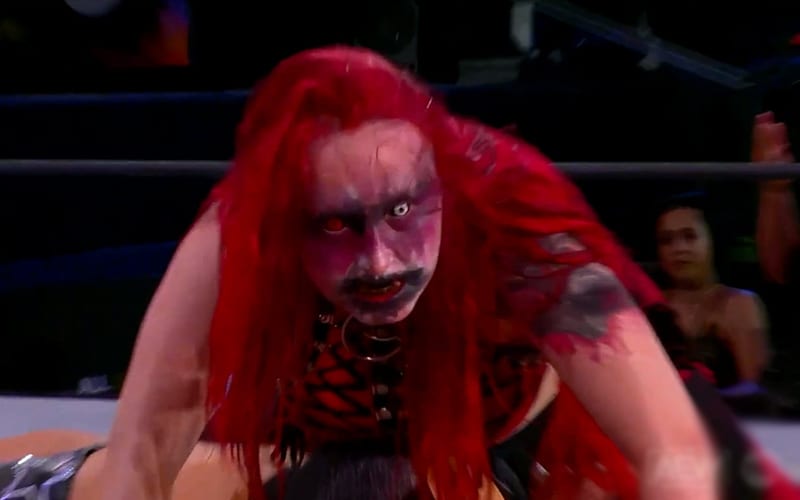 AEW Dynamite saw the TNT debut of Abadon this week. She gained a lot of attention on social media with her unique and horrifying presentation. Fans have so many questions about this new creepy face in All Elite Wrestling.

Tony Khan did something we have to give him credit for. AEW advertised Anna Jay in action this week, but they didn’t announce her opponent. Before the match, AEW played a video package for Anna Jay. Then they brought out Abadon and she defeated Jay.

Abadon was discovered while AEW was in Denver. She is from the RMP Wrestling company. They call her “The Living Dead Girl” which is something they didn’t use in AEW. She is also a 2-time Rocky Mountain Pro Lockettes Champion.

Abadon likely arrived at that name because it is close to the Hebrew word “Abaddon,” which is essentially a bottomless pit of destruction. That seems to fit this character’s persona perfectly.

She wrestled Hikaru Shida during AEW Darak when they rolled into Denver. She obviously gained the company’s attention and they decided to bring her into Jacksonville.

AEW needs to build their women’s division back up after losing Britt Baker and Kris Statlander to injury. Abadon could be very useful in that regard.

Abadon was the subject of a tweet from AEW welcoming her to the team. This could mean that she will be on AEW much more often. She definitely captured attention this week on Dynamite.