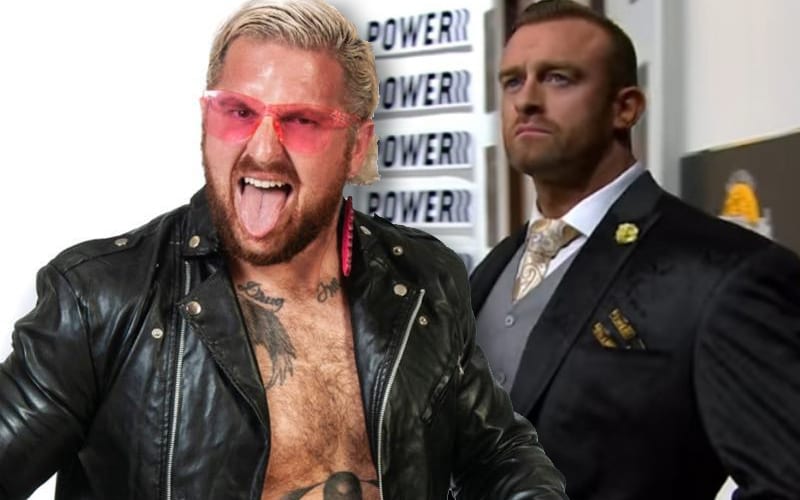 Zicky Dice is grateful for the time he spent in the NWA, but he doesn’t have the best memories of everyone.

While speaking to Fightful, Zicky Dice brought up the story about him having a locker room altercation with Nick Aldis. He did not shy away from the fact that he had heat with NWA World Heavyweight Champion Nick Aldis.

“I saw some of that so I knew going in and I made an impact in NWA right off the bat. You can go back and watch the very first episode of Powerrr, I come out, there’s murmurs. I remember hearing people [say] ‘who is this?’ By the end, I had everyone booing me by the end of the match go ahead and watch it back. I was able to take control of the masses and some people didn’t like that. Some people thought that I came into NWA like I owned the place or that was some big shot. No, I just came to do what I do best and that’s entertain and grab the attention, steal the attention from the room so that led to you know, I didn’t hear back from Billy, but then I see some of these big dirt sheets with these fabricated stories about how ‘Outlandish’ Zicky Dice had major locker room heat backstage and it seems like somebody was trying to sabotage my career. I don’t know what’s causing Al-dis, I’m sorry, ‘all this.’ I don’t know what could have caused something like that. But I feels like someone was trying to sabotage me from behind from moving on what’s next because I didn’t have heat with anybody except for one person I butted heads with and that was that.”

Aldis apparently sent Zicky Dice an angry DM following his NWA Television Title win. This included calling Dice an embarrassment for swiveling his hips too much during a key moment in the match.

The heat between Nick Aldis and Zicky Dice is apparently very real. Dice also addressed how the NWA rolled his contract over without granting his release request, as we previously reported.

“[Aldis] had reached out a few days before the championship match aired and he said, ‘hey, are you free to talk?’ I said, ‘yes, here’s my phone number.’ He didn’t call after 45 minutes of myself pinning Ricky Starks and winning the championship, I received a novel in my direct messages about him going off on me and how I’m a f’n embarrassment because I swiveled my hips too long before doing the finish and I’m too jokey and blah blah blah.’ So I said, ‘oh I’m so sorry sir. Is there anything I can do to help you? Let me know next time. Can I talk to you before matches?’ You know, I tucked my tail. I’ll be honest with you. Then I find out that he texted his buddy saying, ‘Well, I just let Zicky Dice have it.’ So I was like, ‘alright, we’re playing a game now.’ So that was that. I let that go and then that led into a little Cameo debacle and that led us to us butting heads again, but in five plus years that I’ve been doing this I’ve never really butted heads with anyone in any locker room and to be honest with you, I’ve had just about every NWA talent on my Twitch stream and I don’t know why they would do that if we had any heat together. So I just wanted to clear the air there. As you can see I’m a free agent now, so obviously I wasn’t released from any contract. I was under contract. NWA rolled over my contract in September until December 31st at the stroke of midnight.”

Zicky Dice is reportedly angling himself toward an AEW deal. We’re unclear how close that is to happening, but he likely won’t miss sharing a locker room with Nick Aldis.