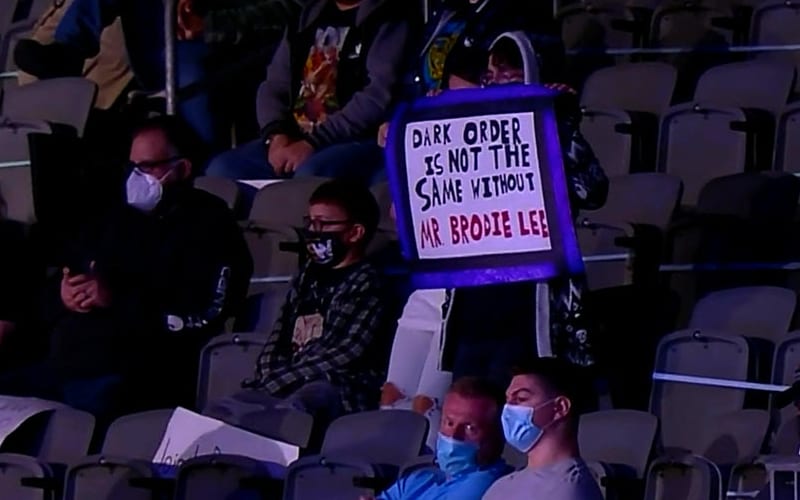 AEW held a very special episode of Dynamite this week. Brodie Lee’s Celebration of life drew nearly 1 million viewers, but they also had a record attendance in the building.

Daily’s Place opened up even more tickets for Dynamite this week. It was originally supposed to be the first night of their New Year’s Smash event. That show was to feature Kenny Omega vs Fenix in an AEW World Title match.

According to the Wrestling Observer Newsletter, AEW brought in 1,080 fans to Daily’s Place this week. That is a new record during pandemic tapings. The company can go higher than that, but Tony Khan’s company has limited tickets in the past.

It was also reported that there were 180 compted tickets with 900 paid. As we previously reported, they were selling walk-up tickets for $20 at the door.

We’ll have to see how they can pack Daily’s Place for the New Year’s Smash event next week. They were able to bring a lot of fans in to honor Mr. Brodie Lee.