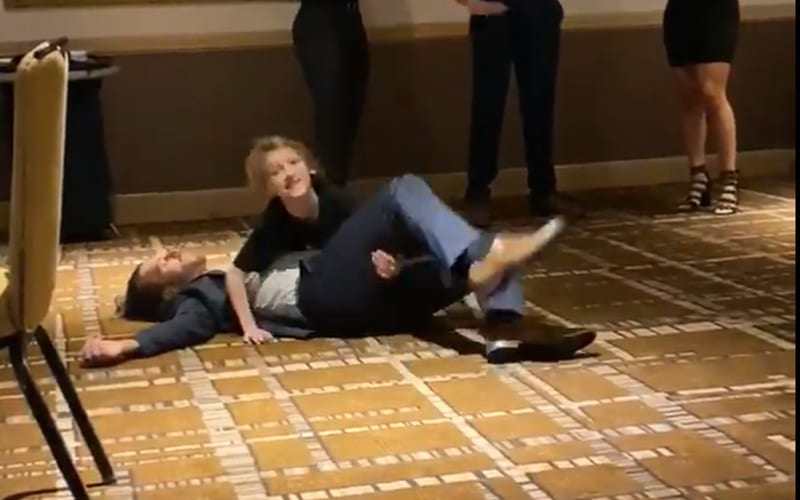 Brodie Lee Jr signed a legit AEW contract and he will start with the company whenever he is of age. -1 is getting started pretty early when it comes to learning the ropes.

We previously reported that Brodie Lee Jr went ballistic on the Dark Order with a kendo stick backstage at Dynamite. That was a pretty great video to see. Dr. Britt Baker had another video on her phone, and it was a treasure as well.

Adam Cole was at AEW’s New Year’s party. It appears that they were at the hotel. Brodie Lee Jr took on Adam Cole in an unsanctioned match, and the former NXT Champion put The Exalted One’s son over.

Ricky Starks was there cheering away along with so many others. Brodie Lee Jr is obviously very welcomed backstage at AEW, and so is Adam Cole.