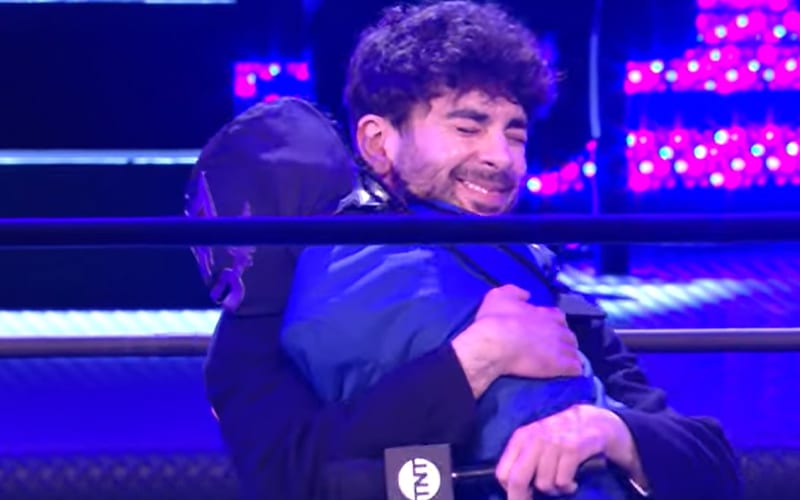 AEW celebrated the life of a great man this week on Dynamite. The dedications and emotions continued for Brodie Lee after the show went off the air.

The company revealed exclusive footage from after AEW’s Celebration of Life for Brodie Lee. This footage started with Tony Khan giving Brodie Lee Jr a huge hug in the middle of the ring.

“Thank you Brodie,” chants echoed in Daily’s Place. -1 then walked over to his mother and they had a very emotional moment in the middle of the ring as 10 held the TNT Title for him.

Tony Khan then thanked the crowd as they helped them pay tribute to Brodie Lee. It was a very emotional video that AEW has now shared with fans. You can watch it below.