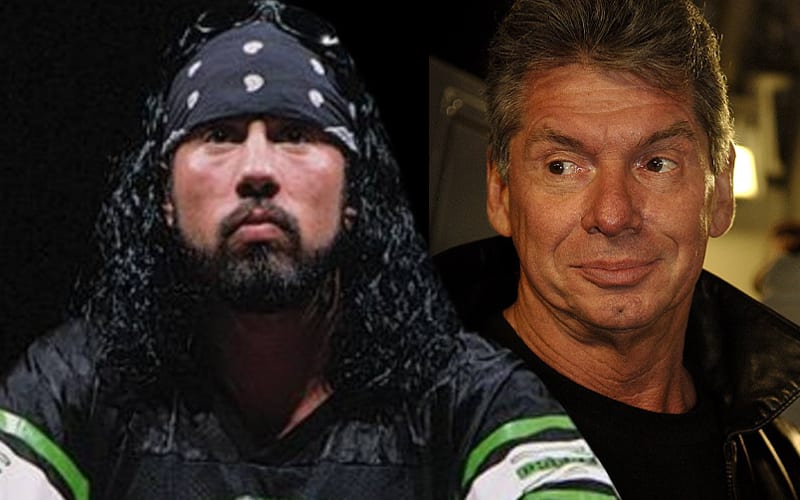 Vince McMahon is a commanding individual who gets what he wants, because he’s the boss. That can sometimes be an intimidating presence to be around.

X-Pac has spent a lot of time around Vince McMahon, and he knows how intimidating he can be. During his return episode of X-Pac 12360, the WWE Hall Of Famer spoke about how he was intimidated by Mr. McMahon during his career.

Sean Waltman said that it took him leaving the company and making a bigger name for himself before McMahon would see him in a different light. It took a lot of work, but he was able to finally get over in WWE.

“It definitely took for me to leave and make my own way somewhere else to get Vince [McMahon] to look at me in the light that I so desperately wanted, and I really did and the thing is — I had a good relationship with Vince. He was always open, willing to talk to me, but I was really intimidated, at one point for quite a long time, you know? You would have it all worked out in your head like, ‘Okay, this is what I’m gonna do when I get in there’ and once you get in there, all that sh*t’s out the f*cking window, and I even told him one time, I’m like, ‘I come in here and once I get in here, there’s this power dynamic thing.’ So part of it [getting over that dynamic] was me telling him that, and part of it was just practice.”

X-Pac has a few more matches in him as well. He recently said that he is now Hepatitis C free and ready to start taking more bookings. He can’t work a full time schedule, but you can never rule out an in-ring return of some kind, perhaps even in WWE.